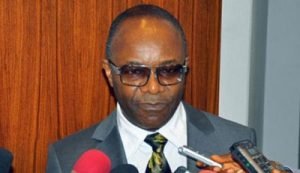 19 July 2018, Sweetcrude, Lagos — The Senate has alleged that the Minister of States for Petroleum Resources, Ibe Kachikwu, and the Department of Petroleum Resources, DPR, of “granting all manners of illegal discounts and rebates” in the ongoing process of renewing expired oil and gas leases in the country.

The resolution was made after a deliberation on a motion sponsored by Omotayo Alasoadura (APC, Ondo Central) and three other senators.

According to a committee of the upper chamber, the minister and DPR have reportedly granted illegal rebates and discounts, denying government possible revenue in excess of N10 billion.

The Senate has, meanwhile, mandated its Committee on Petroleum Resources (Upstream) to investigate all issues relating to the lease renewals and to submit report to the Senate of irregularities in the process, likewise to identify possible solutions.

According to Mr. Alasoadura, who is the Chairman of the committee, multiple irregularities were discovered in the process.

“The Honourable Minister of State for Petroleum Resources and Department of Petroleum Resources is proceeding to renew leases of companies that have brazenly and illegally refused to pay royalties due to government from oil and gas lifted by the said companies in contravention of extant laws.

He accused DPR of intentionally refusing to provide the committee with relevant information and data related to the renewal.

In his remark, Shehu Sani (APC, Kaduna Central) stressed the need for the Senate to intervene “when issues are raised about transparency and accountability in the oil and gas sector.”

“It is very clear that the Minister of State has, in every possible way, been engaged in acts that contravene the law and I believe this is the very person who, over a year ago, wrote an open letter, raising issues about transparency and impunity in the oil sector.

“What this panel can do is to once and for all, bring the minister to make a clarification about the actions he has taken. Ten billion dollars is no small amount of money. I believe that we can get to the root of this matter to open other cans of worms in the petroleum sector,” he said.

In another report by Premium Times, Mr. Sani was quoted as urging the Senate to summon the minister of state and other officials in the petroleum sector for questioning.

Rafiu Ibrahim (APC, Kwara South) asked that the Chief of Staff to the President be summoned as he was “rumoured” to be on the board of the Nigerian National Petroleum Corporation (NNPC) as well as the Ministry of Petroleum Resources.

“We are aware that the Minister of State, ordinarily, does not have final approval of this type of cases; there’s a board of the NNPC.

“It is in the rumour mill that the Chief of Staff to the president is a member of the board and literally in charge of the ministry and NNPC. Let us expand those to be called, maybe the board. So that the Minister of State will not just come and say he is not the one in charge,” he said.

On his part, the Deputy Senate President, Ike Ekweremadu, stated that the issue of transparency has been a major setback in the oil and gas sector.

“We must ensure, using our oversight, that there is transparency in the management of our oil resources.

“One of our major problems is the issue of enforcement and regulations because we have sufficient rules to guide us in almost all sectors. I want to appeal to regulatory agencies and enforcement agencies to wake up to their responsibilities to ensure that the right things are done irrespective of who is involved,” he said.