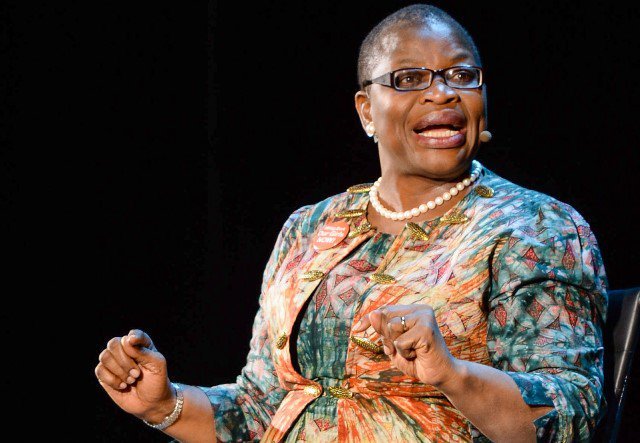 16 April 2018, Sweetcrude, Lagos — Former minister of education, Oby Ezekwesili, has said continuous dependence on oil and gas will not take Nigeria to its anticipated state of development.

She made the statement at the Oil & Gas Trainers Association of Nigeria, OGTAN’s 1st national education summit held on Monday in Lagos.

According to her, without the development of human capital and local content, Nigeria’s vast natural resources would amount to nothing when put at par with developed countries of the world.

“It doesn’t matter what quantity of oil and gas, and minerals still existing in our grounds, without developing human capacity and local content, we might as well be heading for collapse”.

“Oil and gas is a means to an end. The end is about the development of human capital”.

“The discretionary allocation of oil blocks led to massive and grand corruption in Nigeria.”

“So to this end, we entrenched the system of licensing and marginal fields allocation in order to encourage local players”.

“But I guess politicians assumed marginal fields would be distributed to them without due process”.

According to her, right policies need to be put in place in the oil and gas sector to avoid political sentiments.

Baru called for a partnership between academia, industry

“Research must be prioritised in order to keep up with the developmental changes in the world”.
He added that developmental frameworks that will address stumbling blocks to investments should also be put in place.

On his part, OGTAN’s president, Dr. Afe Mayowa in his address, said the body is working on a couple of projects to encourage researchers between oil and gas practitioners and academia.

He listed some of the projects as: categorisation of member companies in line with international standard, issuance of guidelines for standardisation of training establishment of National Occupation Standard, NOS in conjunction with the National Content and Development Management Board, NCDMB, fostering collaboration between regulatory bodies, academia and the oil and gas industry to help close gap between the University theory and the practical of the oil and gas industry, and others.

NCDMB’s Executive Secretary, Engr. Simbi Wabote explained that with the enabling frameworks backed with the right legislative push, Nigeria’s economy will be heading towards meeting up with international standard.

According to him, structures that will encourage capacity building, research and development, provide finding and incentives should be put in place to encourage local development.

He added that the board is preparing to launch a research and development fund where academia and industry practitioners will be funded to carry out researches for development of the economy.

“Access to the fund will be on an international standard. And those research will not end on paper but will lead to collaborations between academia and industry experts”