Oil groups react to USA call for OPEC to do more 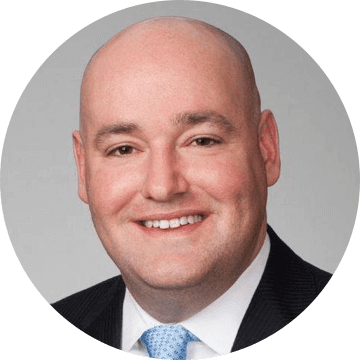 Houston, Texas – We should be focused on growing American energy leadership, not returning to the days of relying on OPEC to meet our supply needs.

That’s according to Frank Macchiarola – the American Petroleum Institute’s (API) senior vice president of policy, economics and regulatory affairs – who was quoted in the organization’s blog following a statement by U.S. National Security Advisor Jake Sullivan, which called on OPEC+ to do more to support the global recovery.

“Globally, we are seeing energy demand that has continued to outpace supply … America is a global energy leader, and now is the time to expand the safe and responsible development of our nation’s vast energy resources,” Macchiarola was quoted in the API’s blog as saying.

In response to Sullivan’s statement, Todd Staples, the president of the Texas Oil & Gas Association (TXOGA), said, “our nation is the leading producer of oil and natural gas providing affordable and reliable energy”.

“Our companies employ millions of Americans and are the primary funders in many states of roads, schools, universities and economic stabilization funds, yet the Biden Administration has cancelled energy infrastructure projects and suspended federal oil and natural gas leasing permits,” he added.

“And now the administration wants to count on OPEC+ to increase production to bring stability to energy markets. Why promote jobs in other countries and not American jobs? Why rely on other countries while hamstringing our own energy sector?” Staples went on to say.

“The best way to ensure Americans and our trade partners have access to clean, affordable and reliable energy is to encourage homegrown, domestic energy that supports jobs and economic growth while continuing our commitment to environmental progress,” the TXOGA president continued.

“The Biden admin is limiting domestic production while asking other countries to pump more crude,” the IPAA statement added.

In his statement, Sullivan said that higher gasoline costs, if left unchecked, risk harming the ongoing global recovery. He added that, while OPEC+ recently agreed to production increases, these increases will not fully offset previous production cuts that OPEC+ imposed during the pandemic until well into 2022. Sullivan said that, at a critical moment in the global recovery, this is simply not enough.

“President Biden has made clear that he wants Americans to have access to affordable and reliable energy, including at the pump,” Sullivan said in the statement. “Although we are not a party to OPEC, the United States will always speak to international partners regarding issues of significance that affect our national economic and security affairs, in public and private,” he added.

“We are engaging with relevant OPEC+ members on the importance of competitive markets in setting prices. Competitive energy markets will ensure reliable and stable energy supplies, and OPEC+ must do more to support the recovery,” Sullivan went on to say.