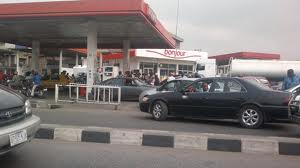 13 August 2013, Lagos – The operating environment in Nigeria is deteriorating on a daily basis and poses a serious risk for companies in the oil and gas sector, according to, Royal Dutch Shell and Italy’s Eni.

This was contained in the second quarter 2013 financial summary of both oil majors.

A couple of days ago, Shell had declared that challenges in Nigeria eroded its profit for second quarter 2013 by $250 million (N40 billion). The challenges according to the company, was brought about by incessant crude theft and pipeline vandalisation.

The company said the loss was as a result of bunkering activities, sabotage of oil facilities and flooding in Nigeria.

It however stated that excluding the impact in Nigeria and Libya, it expected its Exploration and Production output to grow by more than three per cent for the rest of 2013. According to the company, performance in the second quarter 2013 was affected by force majeure events in Nigeria, and in Libya.

Similarly, Shell said its production volumes were significantly impacted by the deteriorating operating environment in Nigeria.

“Other than the deteriorating operating environment in Nigeria, there are no material changes in our Risk Factors for the remaining six months of the financial year.”