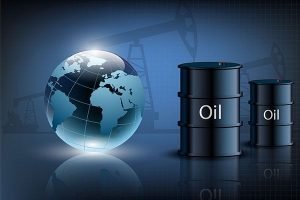 “With demand forecast to rise strongly and still modest growth in non-OPEC supply expected, a rapid stock draw is anticipated during the second half of the year.”

“That sets the stage for OPEC+ to start unwinding cuts.”

The Paris-based energy watchdog kept its outlook for oil demand growth in 2021 largely steady, saying a decline in the first quarter of this year from already low levels in the last quarter of 2020 would soon reverse.

“The forecasts for economic and oil demand growth are highly dependent on progress in distributing and administering vaccines, and the easing of travel restrictions in the world’s major economies,” it said.

A more optimistic outlook from the International Monetary Fund for global GDP growth and a more robust forecast for recovery in the United States helped offset relatively slow rollouts of vaccines in Europe in the IEA’s predictions.

As the market continues to struggle in the short term, the commitment by members of the Organization of the Petroleum Exporting Countries (OPEC) and allies, known as OPEC+, to hold supply steady through March is drawing down crude oil storage.

Tight oil market in first half could push crude to $65, says Goldman

Industry oil stocks in OECD countries fell for the fifth straight month in December, the IEA said, with global implied stock draws increasing to 2.24 million barrels per day (bpd) in the fourth quarter from 1.56 million bpd in the third.

The rebalancing market is causing non-OPEC+ producers such as the United States and Canada to cautiously increase supply, the IEA said.

But this ought not to dampen the potential for OPEC+ producers to do likewise in the second half of the year, it said, “even if producers outside the group ramp up faster than currently projected”.