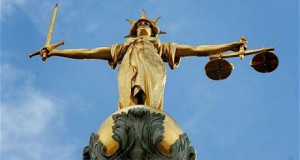 The oil marketer and his firm, Bonvic Gold Oil Limited, were charged before Magistrate O. Olatunji, on a four-count charge of obtaining money under false pretence, stealing and issuance of dud cheque.

The prosecutor, Inspector Goddy Osuyi, told the court that the defendant, 42, and a resident of 4, Aladelola Street, Ikosi-Ketu, Lagos State, and his oil firm, were alleged to have received petroleum products from different people between 2012 and 2014, and failed to pay them. He also told the court that the defendant also issued Ecobank and FCMB cheques which were returned upon presentation at the bank for lack of funds in his account.

Some of the people defrauded by the defendant include Ernest Uduebor, N2.5 million; Kenneth Eromosele, N20.9 million; Basil Ogoha, N8.9 million; and Ibukunoluwa Otesile, N4.8 million. Magistrate Olatunji admitted the defendant to the bail in the sum of N1 million with two responsible sureties. He, however, ordered that the defendant be remanded in prisons’ custody, pending the time he was able to perfect his bail. The case was adjourned till March 27 for mention.