The oil industry has been gripped by acute risk aversion in the finance and shipping sectors after several nations including the United States sanctioned multiple Russian entities following Russia’s invasion of Ukraine, though Washington has explicitly exempted energy products from the Russian measures.

Brent crude topped $112 a barrel on Wednesday, the highest since 2014, shrugging off news that several developed countries plan to release a record 60 million barrels of strategic petroleum reserves to cool prices. 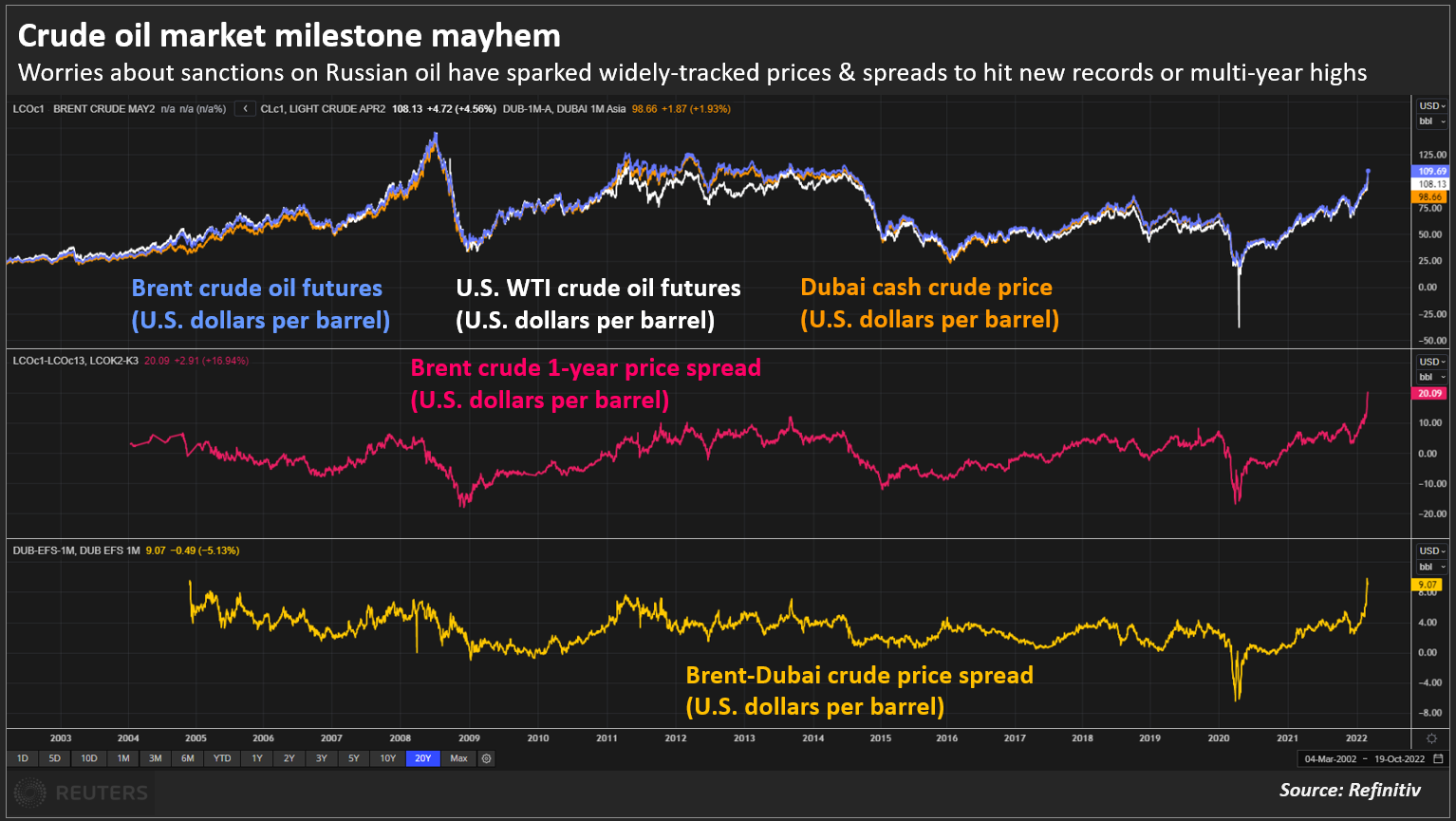 The price spread for Brent crude delivered between now and in 12 months is at $21.54 a barrel, the steepest on record, while Brent’s premium to Dubai – the price spread between sweet and sour grades – hit an all-time high of $12.93 a barrel on Wednesday, a trader said.

That has driven demand for Middle East crude, with benchmark prices jumping to all-time highs at the start of March, up more than 50% from last month.

The widespread between the benchmarks along with surging freight rates for oil tankers globally has also made it more expensive for Asian buyers to purchase oil from Europe, Africa and the United States, narrowing their options. 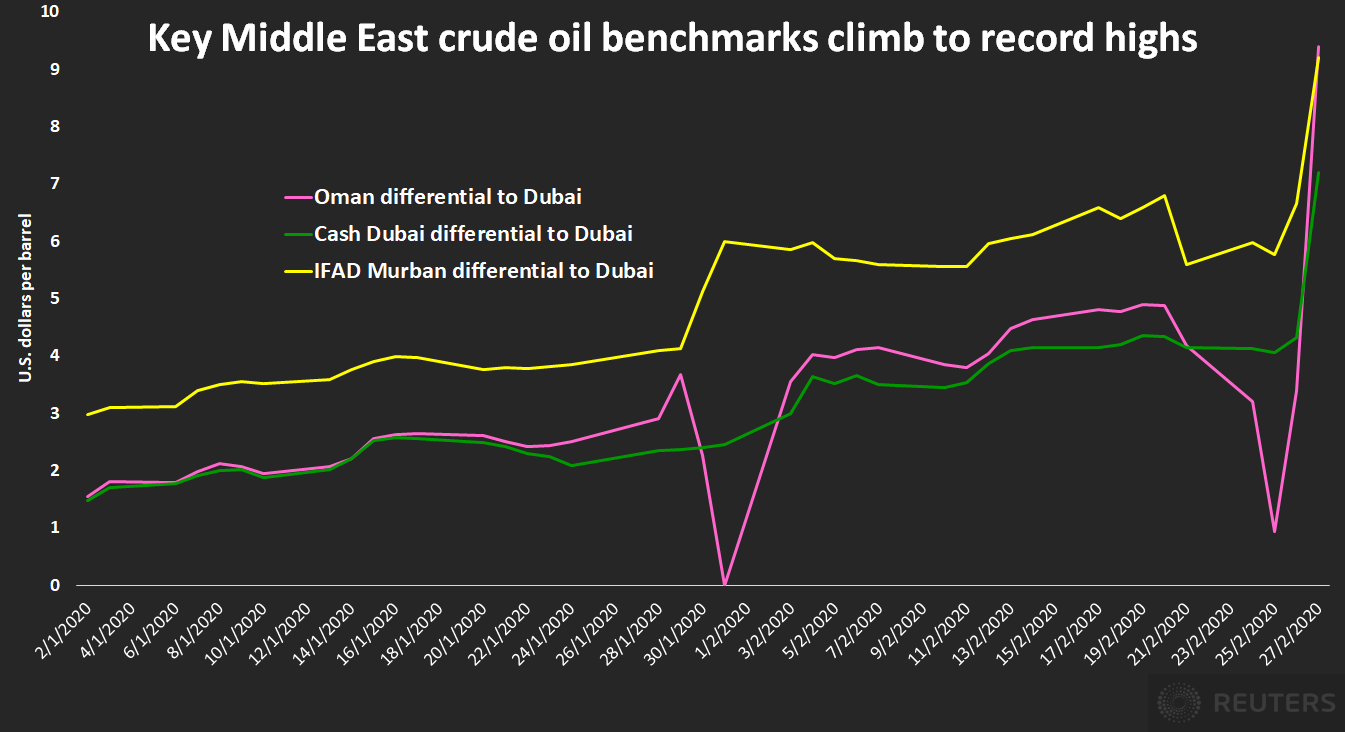 Refiners in Asia and Europe are expected to seek more supplies from the Middle East and the United States to replace crude from Russia and Central Asia, the sources said, even as official selling prices for Saudi crude are set to hit record highs in April.

“Freight rates for Middle East to Asia are higher too, so it depends which one is more painful,” a Singapore-based trader said.

“Freight everywhere is increasing, plus Brent-Dubai is so wide. To some extent arbitrage to Asia will be affected.”

Buyers of Russian oil faced difficulties in securing finance as major banks stopped issuing credit guarantees. Russian Urals crude oil’s discount to Brent is at its widest ever, while premiums for Russian ESPO and Sokol crudes exported to Asia have plunged. 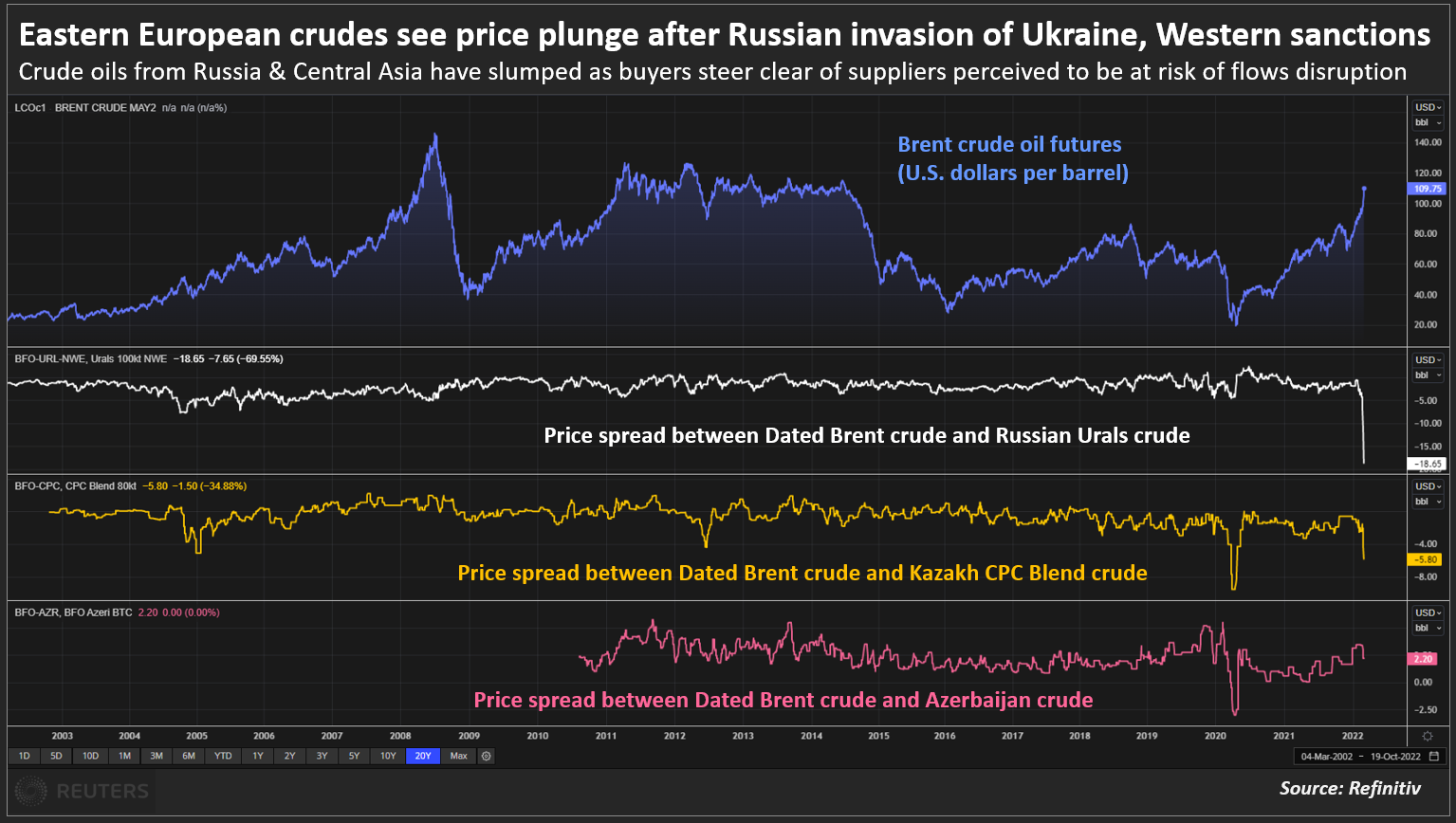 Freight rates for oil tankers globally have also jumped, especially for those calling at ports in the Black Sea and Turkey, potentially disrupting exports of CPC Blend from Kazakhstan and Azeri Light from Azerbaijan.

Trading companies will probably have to use tankers that are put on long-term charter to ship these cargoes, a senior oil trader in Singapore said.

“Ship owners are having a ball,” he said.

Cut off from their usual supply sources, Asia and Europe are likely to step up imports from the Americas, traders and analysts said. 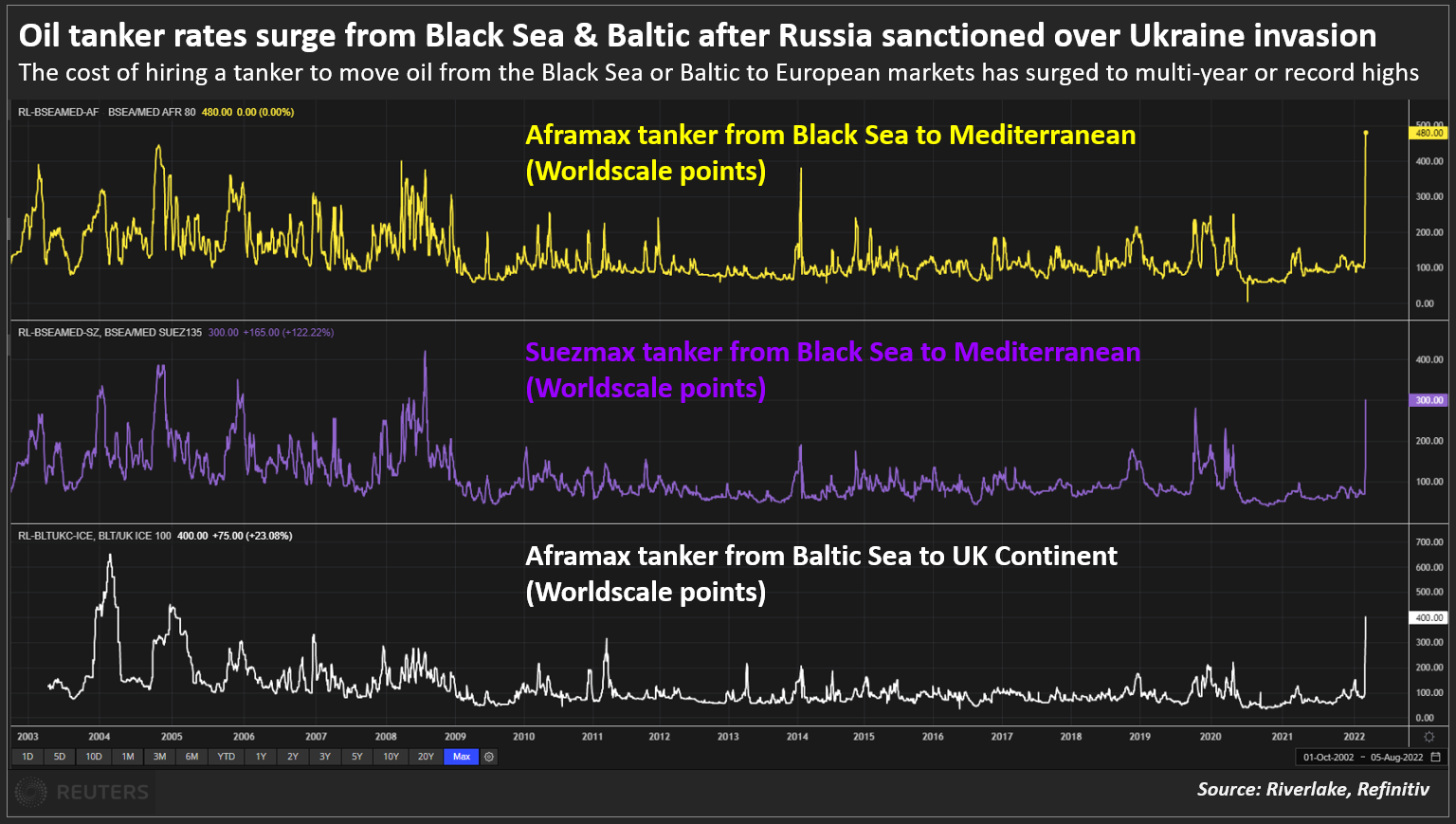 However, offers of U.S. Mars and West Texas Intermediate crude for May delivery have more than tripled to $14 and $16 a barrel above Dubai quotes respectively, traders said, sidelining Asian buyers.

“The recent geopolitically-driven outperformance of Brent relative to WTI means that the North American benchmark has catching up to do in order to shut the door on exports, given that U.S. balances are tight, particularly with Cushing approaching operational tank bottoms,” RBC Capital analyst Mike Tran said in a note.

Crude stocks at the Cushing, Oklahoma, storage hub have fallen to their lowest since September 2018. read more