London — Oil prices slid to six-week lows on Thursday before recovering some ground, as China said it was moving to tap reserves after a Reuters report that the United States was asking large consuming nations to consider a stockpile release to lower prices. 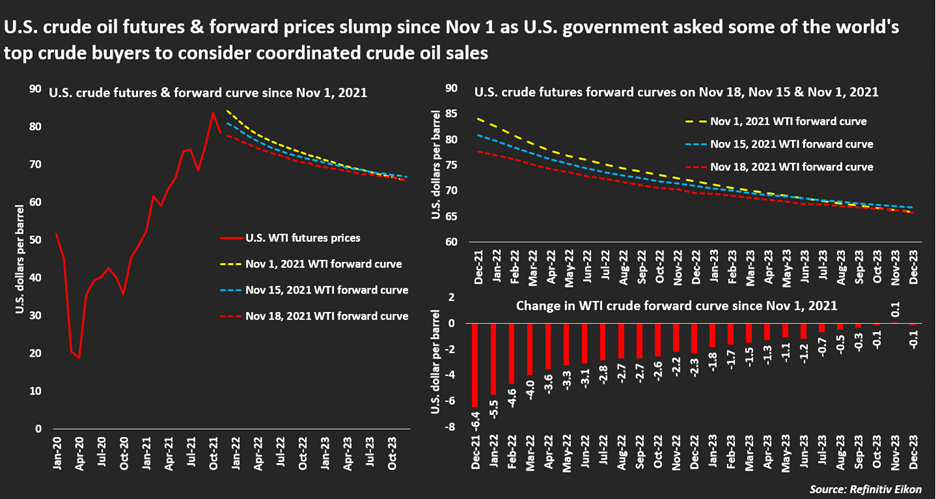 The bid by the U.S. to cool markets, asking China to join a coordinated action for the first time, comes as inflationary pressures – partly driven by surging energy prices – start to produce a political backlash.

Prices hit seven-year highs in October as the market focused on the swift rebound in demand that has come with the lifting of lockdowns to halt the spread of the coronavirus.

The rally was fuelled in part by the strategy of the Organization of the Petroleum Exporting Countries (OPEC) and its allies, called OPEC+, to resume output only slowly.

The International Energy Agency and OPEC have said in recent weeks that more supply will be available in the coming months.

But the proposed release of reserves represents an unprecedented challenge to OPEC, because it involves top importer China.

China’s state reserve bureau said it was working on a release of crude oil reserves although it declined to comment on the U.S. request.

A South Korean official confirmed the United States had asked Seoul to release some oil reserves and it was reviewing the request but added that it could only release crude in case of a supply imbalance.