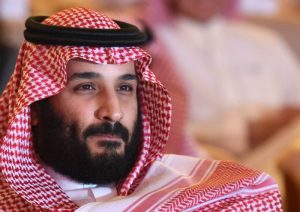 The two countries halted output from the jointly run oilfields – Khafji and Wafra – in the so-called Neutral Zone more than three years ago, cutting some 500,000 barrels per day or 0.5 percent of global oil supply.

As oil prices rose to a four-year high above $85 per barrel this year, Washington has been pressing its top Gulf ally Riyadh to reduce crude prices by increasing production.

But the sources, who asked not to be identified as they are prohibited from discussing the issue publicly, said the talks failed to move the two countries closer to a deal as Kuwait resisted Riyadh’s push for greater control of the fields.

“It did not go well because Kuwaiti sovereignty is non-negotiable,” one source told Reuters.

Riyadh does not want Kuwaiti laws to apply to U.S. oil major Chevron, which operates the Wafra onshore field on behalf of the Saudi government, the source added.

Another source said Saudi Arabia wanted a bigger say and more control in running oil operations in the zone.

Adding to the political friction were tensions between the two countries over the embargo of neighbouring Qatar and diverging views on relations with Saudi Arabia’s arch-foe Iran, the sources said. Kuwait is trying to mediate the embargo, which is being led by Saudi Arabia and the United Arab Emirates.

Kuwait has sought to maintain neutrality, although the Emir’s efforts to mediate the rift have had little success so far.

Kuwait, which has a sizeable Shi’ite Muslim minority, has also maintained dialogue with Shi’ite Iran. Saudi Arabia and Iran back opposing sides in civil wars in Syria and Yemen.

In a move that may further complicate relations with Riyadh, Kuwait this month signed a defence cooperation plan with Turkey in what it said was meant to strengthen bilateral ties.

Turkey has sided with Qatar in the Gulf row and its relations with Riyadh have been strained due to Ankara’s close ties with Iran.

“The (regional) situation is not stable, so every country should think how to protect itself,” Saleh Ashour, a member of the Kuwaiti parliament, told Reuters.

Oil output in the Neutral Zone, which dates back to 1920s treaties establishing regional borders, is divided equally between Saudi Arabia and Kuwait.

Tensions have been simmering since the last decade, when Kuwait was angered by a Saudi decision to prolong Chevron’s Wafra concession until 2039 without consulting Kuwait.

Shutting output is expensive because it requires investments of tens of millions of dollars per year for maintenance, sources familiar with field operations said.

The Neutral Zone “is the single biggest asset in the world which was deliberately stopped and hasn’t been producing for three years”, one of the sources said.

“The more the restart is postponed the more it will cost to maintain it. And the more problematic it might be to restart the fields quickly and fully,” he added.

Industry sources from both countries say that though Khafji and Wafra are not linked geographically, an agreement to bring one field back online would be tied to the other.