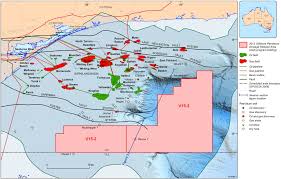 25 February 2018, Sweetcrude, Lagos — The recent oil price rally towards $70 per barrel has forced big oils, Exxon Mobil Corp. and BHP Billiton Ltd to reverse the decision to continue with the sale of some of their fields after running a 20-month sales process.

According to a statement on Friday, Exxon said they will retain ownership and operation of the fields, licenses, and associated infrastructure.

“After consideration of a range of options, we have currently decided to retain ownership and operation of these assets,” Esso Australia, which operates the venture, said.

The two companies reached a joint decision not to progress with the sale of offshore assets owned by the venture, a BHP spokesperson added in an email to Bloomberg.

BHP and Esso Australia each hold a 50 percent share in the Gippsland Basin Joint Venture which began production in 1969.

Gippsland Basin fields described as some of Australia’s oldest oil that were marketed include Perch, Dolphin, Seahorse, Tarwhine, Kingfish A, Kingfish B, West Kingfish (kingfish discovered in 1967 is the first offshore oil field discovered in Australia and remains the largest), Fortescue, Halibut, Cobia, Mackerel, Blackback and Flounder.

The decision not to proceed with the sale of the oil fields came as oil prices rally after an all-low of below $30 per barrel in 2015, forcing major oil companies to either shut or sell off old fields to cut costs.

However, with efforts of the Petroleum Exporting Countries, OPEC and its partners such as Russia at cutting oil production since January 2017, Brent crude, the global benchmark, has climbed 37 percent to about $66 a barrel since Exxon and Shell first outlined their plan to sell the assets in June 2016.