Oil prices climb over tanker attack in the Gulf of Oman 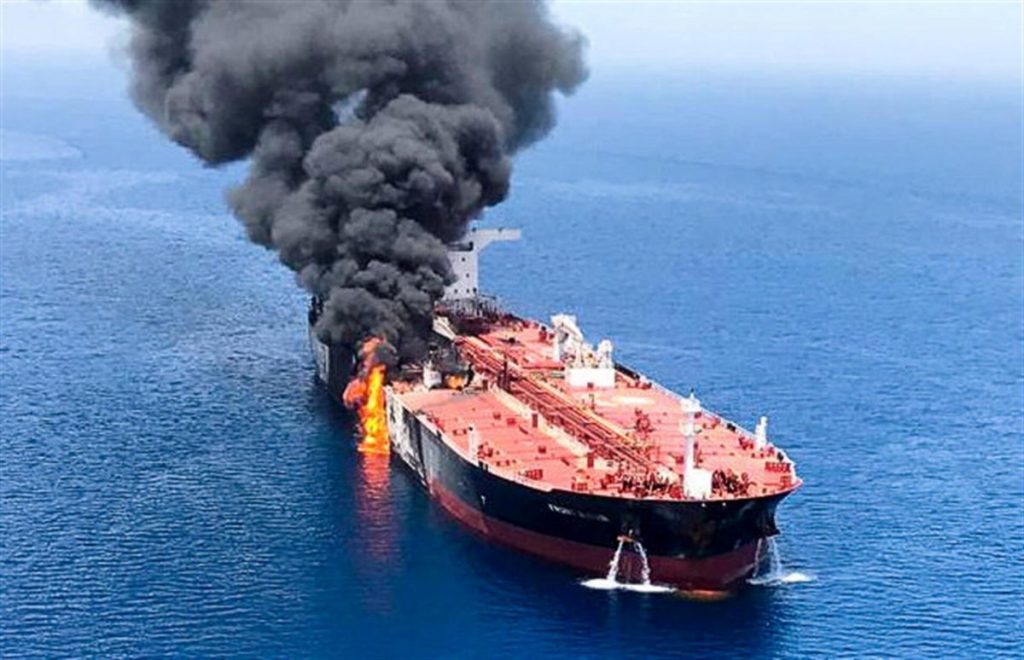 *One of the oil tankers attacked in the Gulf of Oman.

The United States alleges that Iran had bombed two oil tankers on Thursday in the Gulf of Oman, making it six oil vessels already lost to the attacks which started since May.

Saudi Arabia has now joined the United States in blaming Iran for the attacks on Sunday, the Kingdom called for quick action again Iran.

“The Kingdom does not want a war in the region but it will not hesitate to deal with any threats to its people, its sovereignty, or its vital interests,” the crown prince said.

The U.S. military released a video on Thursday where it showed Iran’s Revolutionary Guards were behind the explosions that damaged the Norwegian-owned Front Altair and the Japanese-owned Kokuka Courageous.

“Iran did do it and you know they did it because you saw the boat,” U.S. President Donald Trump told Fox News on Friday.

Saudi Energy Minister Khalid al-Falih said there must be a “rapid and decisive response to the threat” to energy supplies, market stability, and consumer confidence, his ministry said on Twitter.

“We do not want a war in the region… But we won’t hesitate to deal with any threat to our people, our sovereignty, our territorial integrity, and our vital interests,” he told pan-Arab daily, Asharq al-Awsat in an interview published on Sunday.

The U.S. military released a video on Thursday that it said showed Iran’s Revolutionary Guards were behind the explosions that damaged the Norwegian-owned Front Altair and the Japanese-owned Kokuka Courageous.

“Iran did do it and you know they did it because you saw the boat,” U.S. President Donald Trump told Fox News on Friday.

Iran had also threatened to block the Strait of Hormuz, a narrow channel of water separating Iran and Oman through where a fifth of the oil consumed globally passes through if its oil exports were halted.

OPEC divided?
If found guilty, Iran, a member of the Organization of the Petroleum Exporting Countries, OPEC, would be openly confronting Saudi Arabia, also a member of OPEC, and its long-standing enemy.

Although Tehra had asked for OPEC’s help, however, the group had said it does not meddle in “political matters”.

Saudi Arabia’s energy minister said in Japan at a meeting of energy ministers from the G20 group of nations, that the kingdom is committed to ensuring the stability of global oil markets.

Japanese Industry Minister Hiroshige Seko said ministers agreed on the need to “work together to deal with the recent incidents from an energy security point of view.”

Although Trump said he was open to holding talks with Iran, the later said it had no plans to negotiate with the United States unless it reversed the decision on the nuclear deal.

Both countries earlier said they had no interest in the war however, later changed tempos, one threatening to oust the other.

The Americans say they are capable of waging a war and forcing Iran to stop sabotaging the waterways of the Gulf and disrupting oil supplies to the world.

Iranians, on the other hand, are saying they have done nothing wrong, but if forced to war, they are ready to defend themselves.

A U.S. official told Reuters a surface-to-air missile was fired from Iranian territory on Thursday morning at a U.S. drone that was near Front Altair following the attack on the tanker. The missile did not hit the drone, the official said.

Acting U.S. Defense Secretary Patrick Shanahan said the United States was “planning various contingencies” when asked if more military forces would be sent to the area, but added that the focus was on building an international consensus.

“We also need to broaden our support for this international situation,” he told reporters on Friday.

Britain joins blame-game too
Britain has backed the United States in blaming Iran for the tanker attacks. On Saturday, Iran summoned the British ambassador to complain about its “unacceptable stance,” ISNA news agency reported.

Other nations have urged caution. Germany said the video released by the U.S. military was not enough to prove Iran’s role, while U.N. Secretary-General Antonio Guterres called for an independent investigation to determine responsibility.

France and other European signatories to the nuclear deal have said they wanted to save the accord. But many of their companies have canceled deals with Tehran, under pressure from the United States