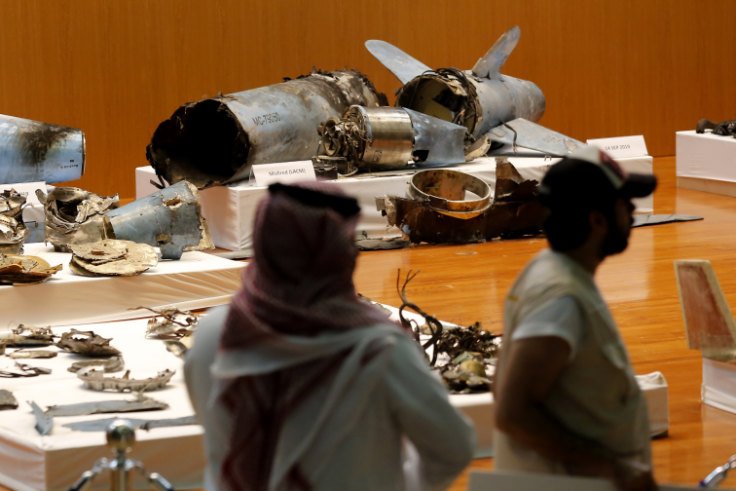 Tension in the Middle East remained elevated, however, after the Saudi Defense Ministry held a news conference, displaying drone and missile debris it said was “undeniable” evidence of Iranian aggression. U.S. President Donald Trump on Wednesday said he ordered a major increase in sanctions on Iran in the latest U.S. move to pressure Tehran.

Iran has denied involvement in the strikes.

The United States wants to build a coalition of European and Arab partners to deter Iran after the attack on Saudi Arabia that Secretary of State Mike Pompeo described on Wednesday as “an act of war.”

Crude oil also came under pressure after the U.S. Federal Reserve cut interest rates by a quarter of a percentage point for the second time this year, sending the dollar index higher .DXY.

A stronger dollar makes greenback-denominated oil more expensive for holders of other currencies.

Oil prices tumbled 6% on Tuesday after the Saudi energy minister said the kingdom had restored oil supplies to customers to their level before the attacks by drawing from its inventories. Saturday’s attacks effectively shut 5% of global oil output, and boosted prices about 15% on Monday.

“The attack represents a clear escalation in ongoing Middle East tensions, and the targeting of 15-18 specific structures, points to increased sophistication with respect to both planning and implementation,” think-tank Center for Strategic & International Studies (CSIS) said in a note.

“The size and duration of the outage coupled with the availability and timing of other supply options, including the release of strategic stocks, and demand growth considerations will ultimately dictate future price movements.”

The International Energy Agency said it currently did not see a need for the release of emergency oil stocks.

“Overall, as long as we see this heightened volatility arising from escalating geopolitical risk along with 2020 oversupply/weak demand problems, generalists are likely to remain sidelined from the energy sector,” analysts at Tudor Pickering Holt said in a note.

‘CHALLENGING TIMES’
Energy Minister Prince Abdulaziz bin Salman said on Tuesday Saudi Arabia’s average oil production in September and October would be 9.89 million barrels per day (bpd) and that this month’s oil supply commitments to customers would be met fully.

Relations between the United States and Iran have deteriorated since Trump pulled out of the Iran nuclear accord last year and reimposed sanctions on its oil exports.

Trump on Wednesday told reporters that he would provide more details about increased U.S. sanctions on Iran within 48 hours, after announcing them earlier on Twitter. The initiative follows repeated U.S. assertions that the Islamic Republic was behind Saturday’s attack on the kingdom, a close U.S. ally.

“The global oil market has enough resources available even outside of shale (Saudi and China destocking, core-OPEC spare capacity) to balance a large outage without requiring an OECD SPR release (which remains a significant additional buffer to balance the market),” Goldman Sachs said in a note.

Brent prices are likely to remain below $75 a barrel even if the outage proves much more persistent than current guidance, Goldman said.
In its biggest price jump in 30 years, the international benchmark nearly hit $72 on Monday when the markets opened after the attack.