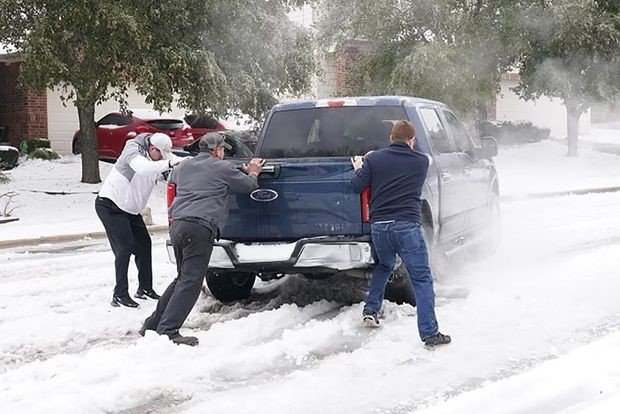 London — Oil prices rose on Monday as the slow return of U.S. crude output cut by frigid conditions served as a reminder of the tight supply situation, just as demand recovers from the depths of the COVID-19 pandemic.

Abnormally cold weather in Texas and the Plains states forced the shutdown of up to 4 million barrels per day (bpd) of crude production along with 21 billion cubic feet of natural gas output, analysts estimated.

Shale oil producers in the region could take at least two weeks to restart the more than 2 million barrels per day (bpd) of crude output affected, sources said, as frozen pipes and power supply interruptions slow their recovery.

“With three-quarters of fracking crews standing down, the likelihood of a fast resumption is low,” ANZ Research said in a note.

For the first time since November, U.S. drilling companies cut the number of oil rigs operating due to the cold and snow enveloping Texas, New Mexico and other energy-producing centres. [RIG/U]

OPEC+ oil producers are set to meet on March 4, with sources saying the group is likely to ease curbs on supply after April given a recovery in prices, although any increase in output will likely be modest given lingering uncertainty over the pandemic.

“Saudi Arabia is eager to pursue yet higher prices in order to cover its social break-even expenses at around $80 a barrel while Russia is strongly focused on unwinding current cuts and getting back to normal production,” said SEB chief commodity analyst Bjarne Schieldrop.