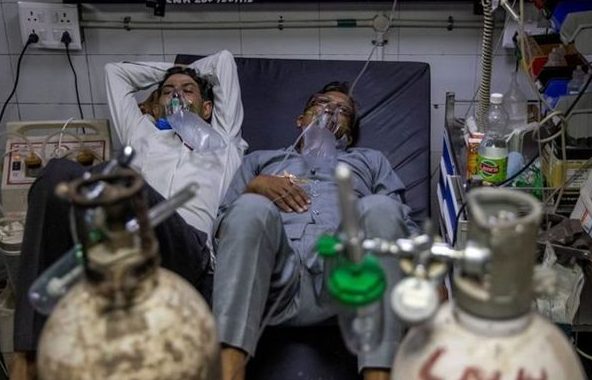 London — Oil prices steadied on Friday and were set for a weekly gain against the backdrop of optimism over a global economic recovery, though the COVID-19 crisis in India capped prices.

Both Brent and WTI are on track for second consecutive weekly gains as easing restrictions on movement in the United States and Europe, recovering factory operations and coronavirus vaccinations pave the way for a revival in fuel demand.

However, crude imports by the world’s biggest buyer fell 0.2% in April from a year earlier to 40.36 million tonnes, or 9.82 million barrels per day (bpd), the lowest since December.

In the United States, the world’s largest oil consumer, jobless claims have dropped, signalling the labour market recovery has entered a new phase as the economy recovers.

The recovery in oil demand, however, has been uneven as surging COVID-19 cases in India reduce fuel consumption in the world’s third-largest oil importer and consumer. read more

“Brent came within a whisker of breaking past $70 a barrel this week but failed at the final hurdle as demand uncertainty dragged on prices,” said Stephen Brennock at oil brokerage PVM.

The resurgence of COVID-19 in countries such as India, Japan and Thailand is hindering gasoline demand recovery, energy consultancy FGE said in a client note, though some of the lost demand has been offset by countries such as China, where recent Labour Day holiday travel surpassed 2019 levels.

“Gasoline demand in the U.S. and parts of Europe is faring relatively well,” FGE said.

“Further out, we could see demand pick up as lockdowns are eased and pent-up demand is released during the summer driving season.”