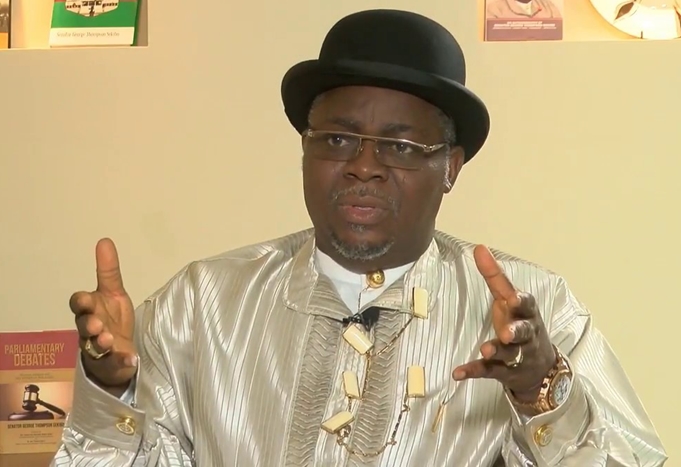 Port Harcourt — The furore between the Federal Government and Rivers State government over the transportation of oil workers into the state by Caverton Helicopters, has taken a new turn, as Rivers State caucus in the National Assembly, have thrown their weight behind their state governor.

To this end, Rivers State caucus in the National Assembly have berated the Minister of Aviation, Hadi Sirika, over his comment on the matter, emphasising that oil revenue was not more important that the lives of Rivers people.

Two pilots of Caverton Helicopters were on Tuesday arrested and remanded for transporting oil workers into Rivers State, amidst the global corona virus pandemic ravaging the world over.

Rivers State Governor, Nyesom Wike, said the highly insensitive and provocative actions of Caverton Helicopters took place in the midst of credible intelligence reports about plans by enemies of the state to traffic carriers of the dreaded Coronavirus into the State.

While the Minister of Aviation, Hadi Sirika, had said that Caverton’s operation was indeed approved by the Federal Government as it was in line with national interest, to boost oil revenue.

“All of those flights are for the purposes of improving the national revenue to which Rivers State is the greatest beneficiary.

“At a time when oil has gone below $30, and the cost of production is $30, in the wisdom of President Muhammadu Buhari, he thought that this be allowed even in this national pandemic, so that the nation will not be crippled,” the Minister said.

But a statement signed by Senator George Sekibo and Hon. Kingsley Chindah, berated Mr. Hadi Sirika, for not understanding the meaning of federation, saying that the Minister may have an ulterior motive to expose the citizens to danger and death from the Covid-19 pandemic.

The Rivers State representatives at the National Assembly said Sirika’s comment was like spitting on their graves, as the Federal Government discretionally give the state a percentage of its resources in a federation and expect them to be grateful.

The statement said Covid19 is a global pandemic, hence it was wrong for Caverton helicopters to ferry passengers into Rivers State from unknown destinations, without any declaration of their Covid-19 status and or prior information to the state for its health officers to be on ground.

“It is equally sad and heart wrenching that the Minister’s attempted justification of his desire to open the doors of the death unto Rivers State and its people, is to enable the unhindered flow of oil revenue for a central Government that has continuously treated the people with so much disdain.

“We would had expected that the Federal Government would be more interested in protecting the people and have better communication in pursuing whatever interest. More insulting to the sensibilities of Rivers people is the disdainful claim by the minister that Rivers State benefits more from the proceeds of oil operation.

“That to us as Representatives of Rivers people is like spitting on our graves as you discretionally give us a percentage of our resources in a Federation and expect us to be grateful to you.

“It is also very pertinent to put on record that this is indeed not the first time the management of Caverton Helicopters is being treacherous with Rivers State and her citizens.

“We want to say that we stand with and support the actions taken so far by our amiable Executive Governor of our dear state, Rivers State to protect the lives of the people of Rivers State and pray that God should continue to guide and protect Rivers State.

“We caution the lieutenants of Mr President to desist from reckless actions that are likely to paint Mr President in bad light. We must work as a nation united, sincere and transparent in the fight against the pandemic.

“All essential services are allowed to operate subject to the safety of lives of our citizens. Love Rivers State or leave her alone,” the Rivers State lawmakers said.