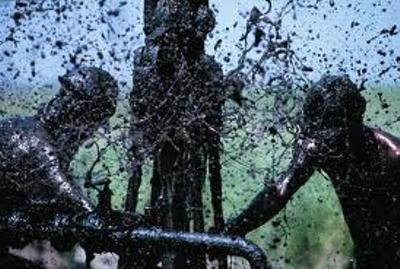 “Both crude markers are on track to end a steady run of weekly declines. This is largely due to a tightening fundamental outlook on the back of looming Iranian supply shortages,” said Stephen Brennock, an analyst at London brokerage PVM Oil Associates.

The U.S. government reimposed sanctions on Iran this month after withdrawing from a 2015 international nuclear deal, which Washington saw as inadequate for curbing Tehran’s activities in the Middle East and denying it the means to make an atomic bomb. Tehran says it has no ambitions to make such a weapon.

Iran is the third-biggest producer in the Organization of the Petroleum Exporting Countries, supplying around 2.5 million barrels per day (bpd) of crude and condensate to markets this year, equivalent to about 2.5 percent of global consumption.

“Third-party reports indicate that Iranian tanker loadings are already down by around 700,000 bpd in the first half of August relative to July, which if it holds will exceed most expectations,” U.S. investment bank Jefferies said on Friday.

“We expect that by Q4 the market will be dealing with either undersupply, dwindling spare capacity – or both,” it added.

Market sentiment was cautious, however, after talks between U.S. and Chinese officials aimed at resolving an escalating trade dispute ended on Thursday with no major breakthrough.

Instead, both countries activated another round of tariffs on $16 billion worth of each other’s goods.

“Investors are likely to feel nervous as the two countries vow to step up the pressure,” ANZ bank said.

Despite the trade war, China’s Unipec will resume purchases of U.S. crude oil in October, sources told Reuters, after a two-month halt due to the dispute between the world’s two largest economies.

Traders kept an eye on the North Sea, where workers on three oil and gas platforms plan to strike next month.