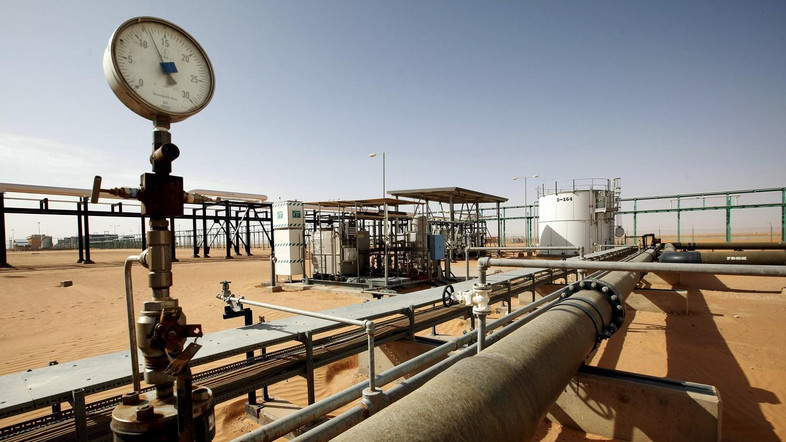 11 December 2018, London — Oil edged higher on Tuesday, clawing back some of the previous day’s hefty losses as a modest show of strength in global stocks, a slightly weaker dollar and an unplanned supply outage in OPEC member Libya lent support.

“The dollar is a bit weaker but other than that, I don’t see any reason why this market should rally right now. It fell quite hard yesterday, so it might correct higher,” PVM Oil Associates Tamas Varga said.

Global stocks have fallen by more than 5 percent so far this month, under pressure from concern about the impact of the U.S. trade dispute with China on economic growth, and oil has been caught in the down-draught.

The dollar, which has gained 5 percent in 2018 thanks to rising U.S. interest rates, has also created a headwind for oil and other industrial commodities, which tend to benefit from a slide in the currency.

A modest boost for the oil price came from a shutdown in production in Libya, where the National Oil Company (NOC) declared force majeure on Monday on exports from the El Sharara oilfield, the country’s biggest, which was seized last weekend by a militia group.

NOC said the shutdown would result in a production loss of 315,000 barrels per day (bpd), and an additional loss of 73,000 bpd at the El Feel oilfield.

The Organization of the Petroleum Exporting Countries, together with non-members such as Russia and Oman, last week agreed to cut crude output by a joint 1.2 million bpd from January to help balance supply and demand.

In physical markets, Kuwait and Iran this week both reduced their January crude oil supply prices to Asia.

Analysts and investors are not yet convinced that the supply cut will be effective in warding off a repeat of 2014, when rapidly rising global production overtook growth in demand and led to a huge overhang of unwanted fuel.

“There remains a lot of uncertainty if the production cut is thick enough to make a significant dent in global supply,” said Stephen Innes, head of trading for Asia-Pacific at futures brokerage Oanda in Singapore.

In a show of no confidence, money managers have cut their bullish holdings of Brent and WTI crude futures and options to the lowest level in three years this month.