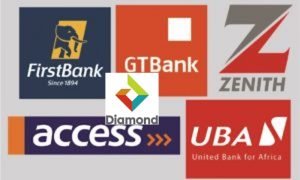 In its Financial Stability Report for December 31, 2019, the CBN, stated that the oil and gas sector remained the toast of the banks in terms of credit, as it accounted for 30.29 per cent of the banking sector’s exposure to the Nigerian economy, while manufacturing, government, general commerce, finance and insurance, and others accounted for 14.53 per cent, 6.02 per cent, 7.40 per cent, 6.42 per cent and 35.34 per cent respectively, at end-December 2018.

In the report, Governor of the CBN, Dr. Godwin Emefiele, expressed concern over the huge exposure of the banks, noting that the potential risks to the stability of the banking system as a result of high exposure to the oil and gas sector, cyber-crime and trade tensions remain.

He, however, noted that the CBN had implemented appropriate policies and regulatory measures to significantly minimise the impact of such risks on the Nigerian financial system.

“The banking industry’s outlook is positive, given the expected enhanced capital base for most banks arising from the capitalisation of year 2018 profits in the first half of 2019. However, banks’ exposure to the oil and gas sector as well as the implementation of IFRS9 remains a threat to overall profitability.

“The Bank will continue to collaborate with the fiscal authority and other financial services regulators to address the observed challenges towards ensuring that the gains made are sustained to reinforce financial system stability,” he noted.

The report noted that  the share of agriculture, construction and trade/general commerce sub-sectors of total credit increased to 4.03, 4.06 and 7.11 per cent above 3.41, 3.99 and 6.81 per cent respectively, in the first half of the year.

According to the CBN, the moderation in NPLs reflected loan write-offs, the impact of the debt recovery strategies employed by banks and the gradual improvement in economic conditions leading to increased repayment by obligors.