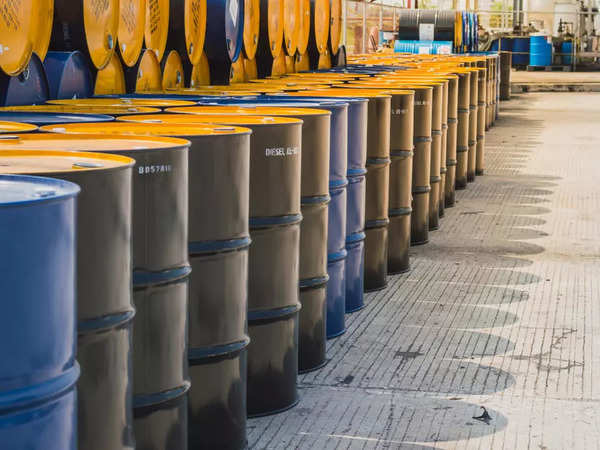 The euro lost ground on Tuesday, trading near parity with the dollar, while stock markets fell on the prospect of rising interest rates and worries over economies worldwide.

A stronger U.S. currency usually weighs on oil because it makes the dollar-priced commodity more expensive for holders of other currencies.

“In the West, the combination of high energy prices and rising interest rates is fuelling concerns about a recession that would have a serious impact on oil demand,” Commerzbank said.

Multiple Chinese cities are adopting fresh COVID-19 curbs, from business shutdowns to broader lockdowns in an effort to rein in new infections from the highly infectious BA.5.2.1 subvariant of the virus.

“Little hope is being assigned to Biden’s visit to Saudi Arabia unlocking more production from them or the UAE,” Jeffrey Halley, OANDA’s senior market analyst for Asia Pacific, said in a note.

Spare capacity within the Organization of the Petroleum Exporting Countries (OPEC) is running low, with most producers pumping at maximum capacity.

U.S. Treasury Secretary Janet Yellen is in Asia to discuss ways to strengthen sanctions on Moscow, including a price cap on Russian oil to limit the country’s profits and help to lower energy prices.

“My hope is that the proposal, which is important to minimise the effect on economies around the world, gets buy-in from several countries,” Birol told Reuters on the sidelines of the Sydney Energy Forum.

Western sanctions on Russia over the war in Ukraine, which Russia calls a “special military operation”, have disrupted trade flows for crude and fuel.

OPEC forecast that world oil demand will rise by 2.7 million barrels per day (bpd) in 2023, slightly slower than in 2022, with consumption supported by better containment of the pandemic and still-robust global economic growth.