Oil slips below $20/bbl as demand projections continue to fall 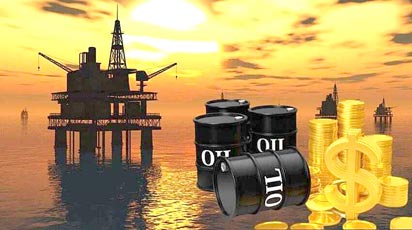 SYDNEY — Oil fell below $20 a barrel after the International Energy Agency said demand would slump by a record this year despite a historic production cut deal.

Futures fell as much as 4.5% in New York to the lowest since 2002. Oil demand will drop by over 9 million barrels a day this year, wiping out a decade of consumption growth, the IEA said, exhausting storage by mid-year.

While Saudi Arabia and other Gulf producers have pledged to cut supply starting next month, they continue to flood the market in April.

Oil has lost about two-thirds of its value this year as countries extend their coronavirus lockdowns, death tolls mount around the world, and unemployment explodes in America. The International Monetary Fund estimated the global economy will shrink 3% this year, a signal that energy demand may remain weak, while the IEA is warning that the worst may be yet to come.

Dated Brent, the benchmark for two-thirds of the world’s physical supply, was assessed at $20.66 on Tuesday, compared with $23.73 on Thursday, according to S&P Global Platts

The IEA said consumption in April will fall by almost a third to the lowest level since 1995, and make this year the worst in the history of the oil market. Despite OPEC+’s efforts to balance supply, global inventories will accumulate by 12 million barrels a day in the first half of the year and “overwhelm the logistics of the oil industry” in the coming weeks, it warned.

The massive OPEC+ deal to cut production starts next month. Until then the battle for market share persists with Abu Dhabi cutting its crude pricing for Asia. It follows a similar move by Saudi Arabia earlier in the week.