on: December 19, 2017In: Community Development, featured 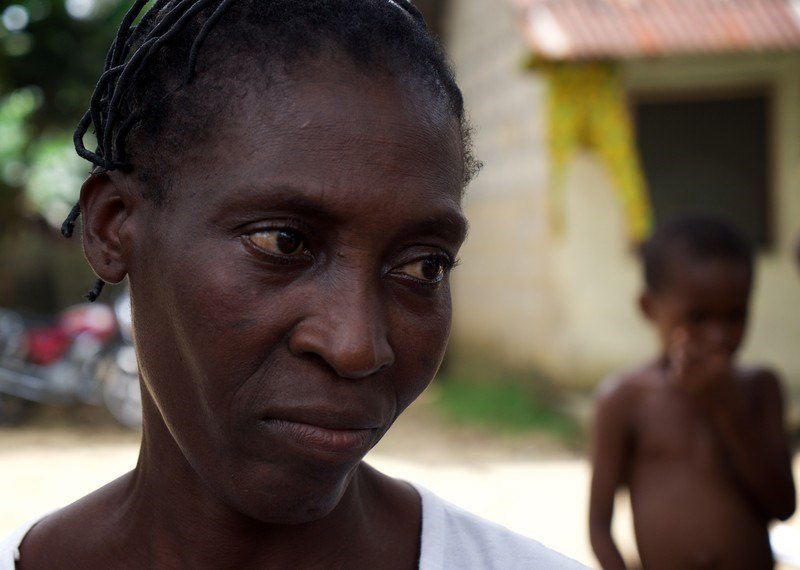 *Boldeesi Nuta, a 43 year old farmer from K-Dere, whose land has been ravaged by oil spill.

19 December 2017, Sweetcrude, Port Harcourt — The people of Ogoni in Rivers State under the auspices of the Movement for the Survival of the Ogoni People, MOSOP, have decried the high rate of infant mortality in their land as a result of prolonged contamination of the environment by oil spills.

Recall that a study recently conducted by the University of St Gallen, Switzerland revealed shown that babies in the Niger Delta are twice as likely to die in the first month of life if their mothers were living near an oil spill before getting pregnant.

The study which is the first to link environmental pollution with newborn and child mortality rates in the Niger Delta, shows that oil spills occurring within 10km of a mother’s place of residence doubled neonatal mortality rates and impaired the health of her surviving children.

The researchers indicated that unborn and newborn infants are most vulnerable to oil-related pollution because they have not yet developed basic defences such as the blood-brain barrier, which helps protect against toxic chemicals.

Speaking on the matter, the Publicity Secretary of MOSOP, Mr. Fegalo Nsuke, said the Federal Government of Nigeria and the Shell Petroleum Development Company, SPDC, are to blame for the calamity.

Nsuke disclosed that preliminary checks have shown that at least four out of 10 children born in Ogoniland die within three months.

According to him, “Shell’s war against the people of Ogoni has started showing an unprecedented impact that threatens to wipe off the entire Ogoni nation.

“Shell had been primarily responsible for the death of these children but not without the alliance of the Nigerian government.

“They have failed to cleanup Ogoniland, they have also failed to provide clean water and basic health facilities for the people and we have reasons to say they have deliberately done these.”

The MOSOP spokesperson called for immediate action to remediate the polluted land in order to save the people from ultimate death.

He noted that the trend infant mortality has been noticed in all Ogoni kingdoms in varying degrees.

“The situation in Ogoniland is an emergency and underscores the need for immediate action to improve the quality of drinking water available for the people and for the remediation of the polluted environment.

“We are very scared by this trend particularly because the recent study by Prof. Roland Hodler and Research Assistant, Anna Breuderle, from the University of St. Gallen in Switzerland, have found that of the 16,000 infants killed within the first month of their life in the Niger Delta in 2012, about 11,000 infants would have survived their first year in the absence of oil spills,” Nsuke lamented.