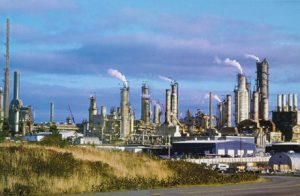 Kuala Lumpur — Hengyuan Refining Company Bhd said on Friday that a tank storing crude oil had caught fire at its refinery on the Malaysian west coast.

Preliminary investigations show the fire at the Port Dickson refinery was due to a lightning strike, the company said in a statement.

“The damages sustained from the fire incident are restricted to one crude tank area,” the company said.

Hengyuan is a subsidiary of China’s Shandong Hengyuan Petrochemical Co. The refinery at Port Dickson has a capacity of 156,000 barrels per day (bpd).