Oil theft: EFCC receives Sri-Lakans, 746MT of AGO from Navy for prosecution 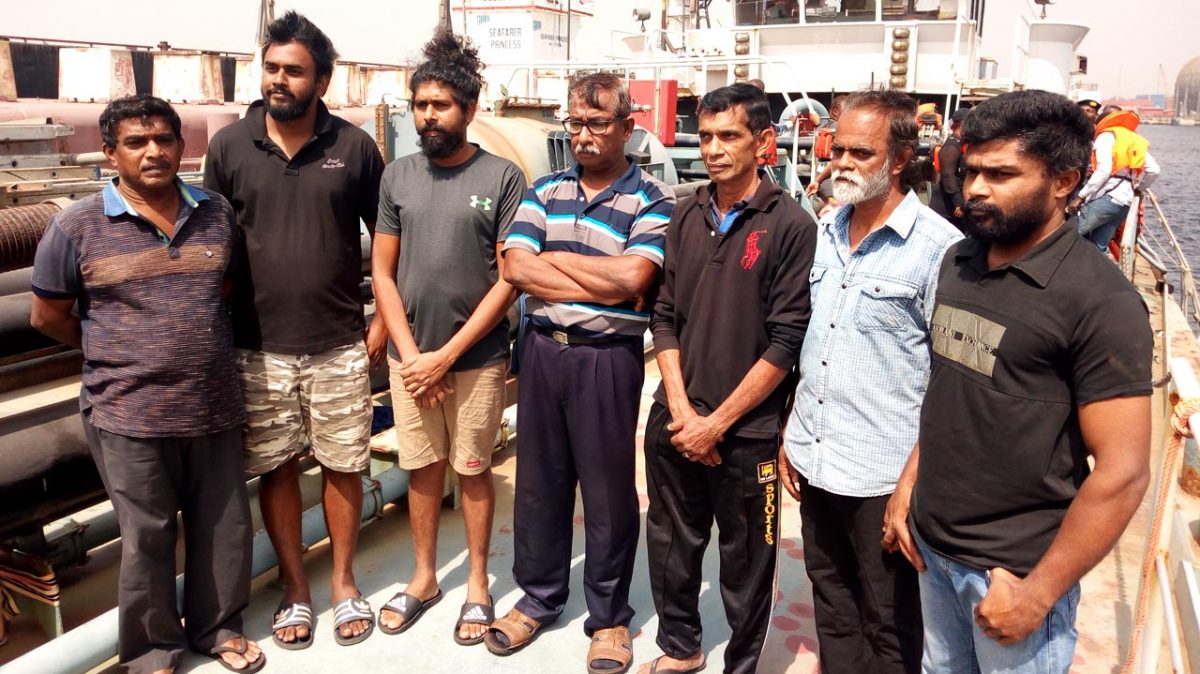 *Some foreign nationals engaged suspected of engagement in oil theft.

Port Harcourt — The Nigerian Navy has handed over seven Sri-Lankans and two Ghanaians, who were among the 66 suspected crude oil thieves arrested by the Nigerian Navy Ship, NNS Beecroft, to the Economic and Financial Crime Commission, EFCC, for prosecution.

The suspects, according to the EFCC, were arrested in December 2019 on board seven vessels loaded with 2725metric tonnes of crude oil and 746metric tonnes of Automotive Gasoline Oil, commonly known as diesel.

EFCC Acting Head, Media and Publicity, Tony Orilade, said the suspects would be charged to court this month, adding that the Navy would also hand over to EFCC the seven vessels used by the suspects to commit the crime.

Orilade also disclosed that samples of products found on the seized ships had been taken by officials of the Department of Petroleum Resources, DPR for laboratory analysis.

The statement quoted the Commander, NNS Beecroft, Commodore Ibrahim Shettima, explaining that the crude oil found on the vessels was suspected to have been stolen from the Nigerian National Petroleum Corporation, NNPC’s facilities within the Niger Delta.

“As you may recall, NNS BEECROFT arrested 12 vessels involved in illegal bunkering activities between December 2019 and January 2020.

“Consequently, officials of EFCC and DPR were invited to take samples of the products for analysis and also to investigate the people involved. As a follow up to these actions, the Base will be handing over seven of the arrested vessels to EFCC for prosecution.

“The vessels are: MT Tim Bgegele arrested on December 3, 2019. She was found to be carrying 381 metric tonnes of AGO without valid approval. She had a crew of 11 Nigerians onboard.

“MT Zeebrugge was arrested on December 12, 2019 laden with 838 metric tonnes of crude oil without any valid approval. She had a crew of seven Sri-Lakans on board.

“MT Jonko was arrested on December 21, 2019 laden with 450 metric tonnes of crude oil. As at the time she was arrested, she had a crew of 11 Nigerians onboard.

“MV Ekpere Amaka was arrested on December 25, 2019 with 85 metric tonnes of AGO without valid approval. She had a crew of eight Nigerians onboard.

“MV Ella was arrested on December 27, 2019 with 100 metric tonnes of AGO without valid approval. She had a crew of one Ghanaian and six Nigerians onboard.