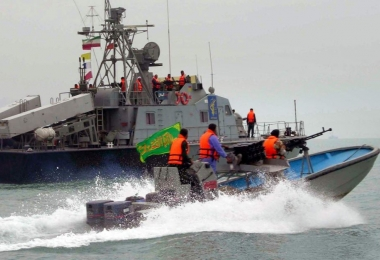 Port Harcourt — The Nigerian Navy has assured that it will continue to intensify the fight against oil theft, illegal refining and illegal bunkering of petroleum products in the Niger Delta region, and the nation at large.

According to him, “As of the time of arrest, the three barges were found with unspecified products, suspected to be illegally refined diesel. And consequently were towed to the NNS Pathfinder bay in Onne for safe keep, as well as preliminary investigation.

“Upon completion of the basic investigation and in line with the directive from the Naval headquarters, I am to handover the three barges and the products contained in the barges to the EFCC.”

NNS Pathfinder also warned that the Navy will remain resolute in its efforts against all forms of economic and maritime crimes in the region.

“I want to use this opportunity once again to reiterate the Chief of Naval Staff’s zero tolerance to crude oil theft, illegal oil bunkering as well as illicit maritime activities in Nigerian maritime domain.

“I urged the perpetrators of this crime to have a rethink and to desist from carrying out this crime, because NNS Pathfinder will remain resolute and we will not relent in our efforts to rid all the waterways of illegal activities.”

Receiving the vessels, the representative of EFCC, Mr. A. Shaka, said the Commission has charged to court, most of the cases received from the Navy while some were still under investigation.

“According to the handover notes, the barges were arrested with unspecified quantity of petroleum products which will be subjected to investigation in our office.

“Yes most of the cases taken over from the Nigerian Navy, some of them are still under investigation, while some have been charged to court for prosecution.”