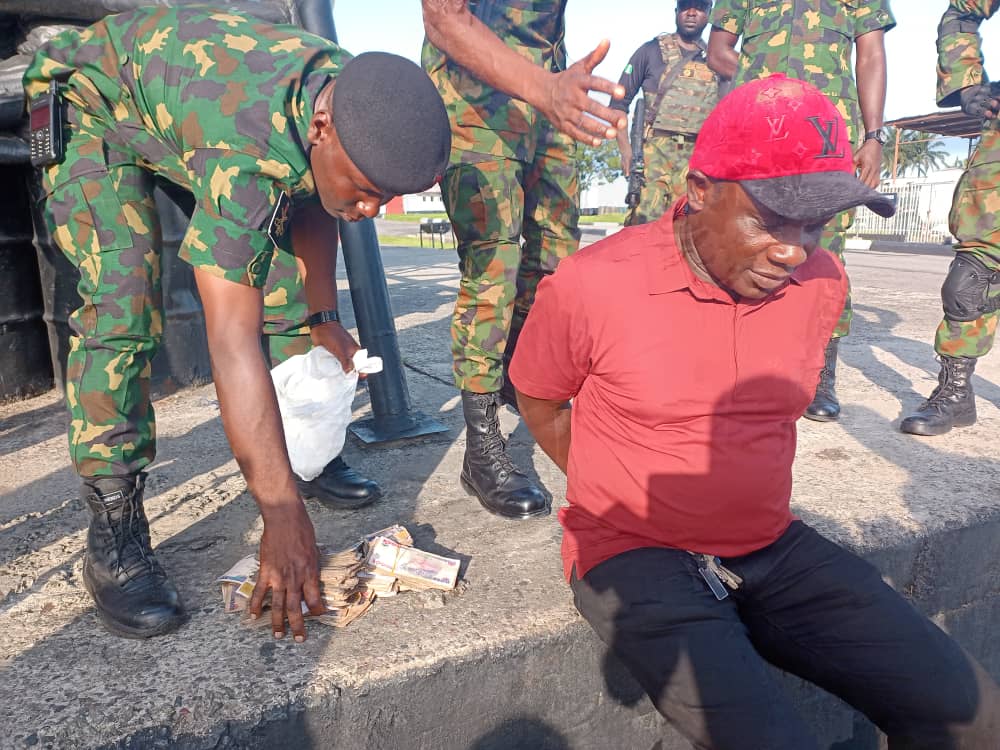 *The illegal oil bunkering suspect and his N700,000 bribe

Port Harcourt — The Nigerian Navy Ship, NNS Pathfinder on Wednesday handed over a suspected oil bunkerer to the Nigerian Police Force for further investigation and prosecution, in line with the standard operating procedure of the Nigerian Navy.

NNS Pathfinder had arrested the oil bunkering suspect, who attempted to bribe the Naval Commander with the sum of N700,000 to release his 80 drums of suspected illegally refined Automotive Gasoline Oil, also known as diesel.

NNS Pathfinder had intercepted and impounded a wooden boat containing 80 drums of illegally refined AGO.

The man, identified as Kenneth Sunday, walked into the NNS Pathfinder base in Rumuolumeni, Obio/Akpor Local Government Area of Rivers State, with the money wrapped in a plastic bag, and demanded to see the Naval Commander.

Sunday was then asked to identify his boat, among many others that were impounded by the NNS Pathfinder and displayed at the Naval jetty in Rumuolumeni.

On his return from identifying his seized boat, the Commander, NNS Pathfinder, Suleiman Ibrahim, immediately ordered his arrest.

The suspect and his N700,000 was immediately paraded before newsmen, who had just returned from illegal refinery raid with some Naval operatives.

The suspect, however, denied that he was at the NNS Pathfinder base to bribe the Commander and claimed that the boat he inspected was not his, but that of a friend.