Oil theft: NNPC commends Military for security in the industry 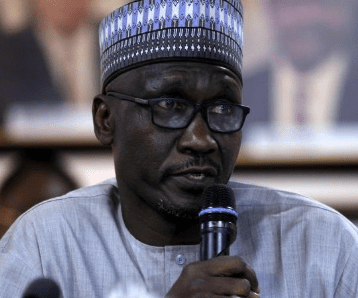 Port Harcourt — The Group Managing Director of Nigerian National Petroleum Corporation, NNPC, Mr. Mele Kyari, has commended the Armed Forces of Nigeria, for providing a secure environment for the organization to carry out its functions in the oil and gas industry.

Acting Director, Defence Information, Colonel Onyema Nwachukwu, in a statement obtained by our correspondent, said Kyari gave the commendation during his courtesy visit to the Chief of Defence Staff, at the Defence Headquarters in Abuja.

The NNPC boss noted that the visit was necessary, considering the important role the military has been playing in curtailing the activities of pipeline vandals and saboteurs of the nation’s key national economic infrastructures.

Kyari further stated, that the armed forces in carrying out its constitutional mandate, has created the much needed safe environment for NNPC to conduct petroleum operations for the benefit of all Nigerians.

Responding, Chief of Defence Staff, General Abayomi Olonisakin, congratulated Kyari on his appointment and, assured him of the readiness of the military to collaborate with NNPC, in safeguarding Nigeria’s national infrastructures in the area of oil and gas.

Olonisakin, further assured the NNPC boss that the Armed Forces of Nigeria will sustain its Operation Awatse, which was launched to tackle the menace of pipeline vandalism in southwest Nigeria, amongst other criminal activities.

He added that the military will also intensify its ongoing Operation Delta Safe in the South-South region of the country.