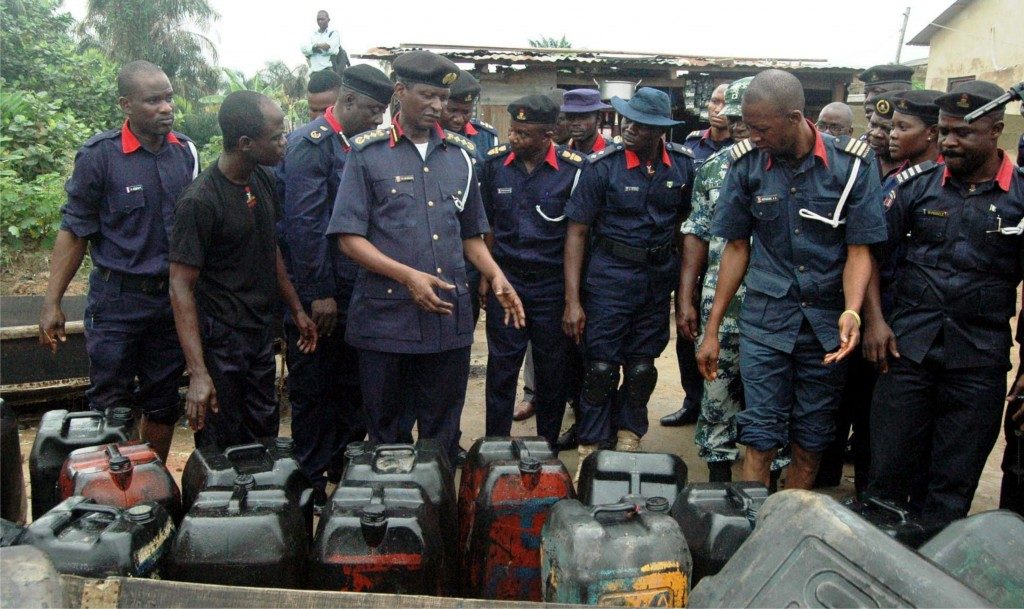 The State Commandant of NSCDC, Mr. Mohammed Haruna, disclosed this in Port Harcourt at the weekend while marking the World Civil Defence its 2018 Civil Defence Day Commemoration, with the theme: Civil Defence and National Institutions for more Efficient Disaster Management.

He said the suspects and the products were arrested in different parts of the state through its intelligence network and useful information from the public and other sister security agencies.

According to him, “The creeks have been consistently combed and an arrest made especially where it relates to oil theft and ensuring that adulterated petroleum products do not find their way into the market.

“It is our duty to go after oil thieves, vandals and those who deal on stolen products. We discovered these products and suspects through intelligence network. Some members of the public are cooperating with us and they are helping us with useful information.

“We have arrested 12 suspects and they have been arraigned in court. On January 9th, we arrested a suspect at Ogbakiri with adulterated AGO in 40,000 litres truck. Four suspects were also arrested in Bori with two trucks, loaded with 40,000 litres of product each.

“On 1st February 2018, two suspects were arrested in Komkom, Oyigbo along with two long trucks with registration numbers YEN318XA and APP148BZ loaded with illegally acquired crude oil. On 14th February 2018 a tugboat of seven compartments loaded with adulterated AGO was impounded at the Eastern By-pass.”

The State NSCDC boss noted that the Command under his watch has put in place measures to forestall acts capable of causing disaster in the state, adding that it has embarked on sensitization campaigns to tackle issues of indiscriminate fire outbreak, as a result of the use of adulterated kerosene.

He further noted that the Command was facing some challenges that are affecting their operations, but added that those challenges were surmountable if given attention.

“We are having challenges in the area of communication and the terrain we go for operations.

“Some of the creeks are not easily accessible, we need some boats to access the creeks, we have them but they are not enough.”