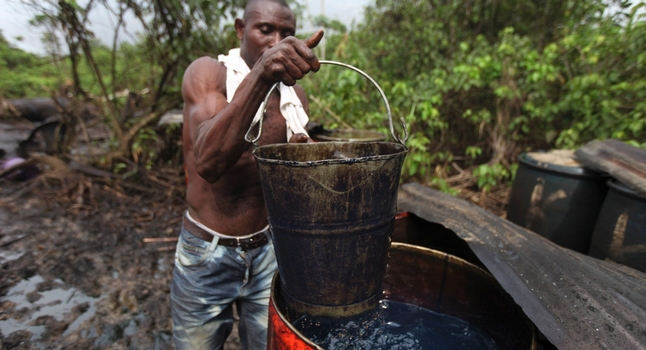 Enenche also disclosed that Operation Calm Waters II and Operation Swift Response have continued to record successes, as 44 drums of illegally acquired PMS and 326 bags of smuggled rice have been intercepted within the period

The Defence Headquarters also said the smuggled foreign rice and 44drums of PMS have been handed over to the Nigerian Customs Service and other prosecuting agencies for action.

“Between 30 October and 3 November 2020, Forward Operating Base Ibaka gunboats while on routine patrol around Utan Iyata, intercepted two wooden boats laden with 326 of 50kg bags of foreign parboiled rice, suspected to be smuggled in from Cameroon.

“The arrested items have been handed over to the Nigerian Customs Service for further action.

“On 30 October 2020, Forward Operating Base Ibaka patrol team intercepted one wooden boat laden with product suspected to be Premium Motor Spirit along Mbo River, being smuggled to the Republic of Cameroon.

“Items recovered from the arrest include one wooden boat, 44 drums of PMS, one pumping machine and two 40 HP Yamaha engines. The arrested items have been handed over to the appropriate prosecuting agency for necessary action.”