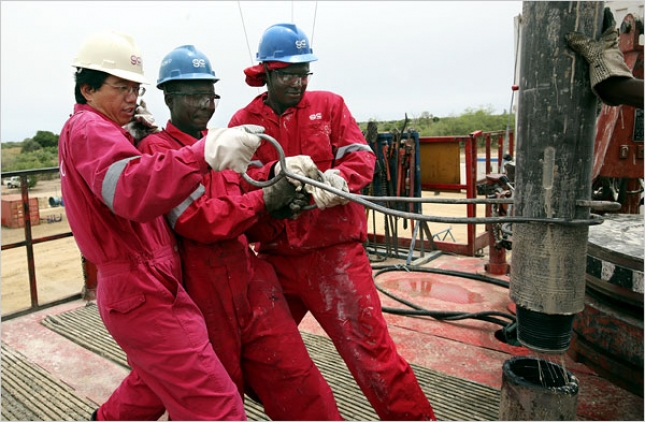 27 October 2017, Sweetcrude, Lagos — Oil workers under the aegis of the Petroleum and Natural Gas Senior Staff Association of Nigeria (PENGASSAN) have called on stakeholders, especially the government to embark on a number of coordinated steps to resolve some of the problems bedeviling the oil and gas industry.

The workers, in a communique issued at the end of the National Executive Council (NEC) meeting of PENGASSAN in Uyo, Akwa Ibom State, said resolutions were taken on some issues of urgent concerns impacting on the oil and gas industry as well as the country.

The communiqué was released to the public on Friday and signed by the PENGASSAN President, Comrade Francis Olabode Johnson and the General Secretary, Comrade Lumumba Ighotemu Okugbawa.

Some of the issues deliberated on at the NEC meeting include the Petroleum Industry Bill (PIB), attacks on national assets, rehabilitation of refineries and other government owned oil installations, anti-labour posture and practices of indigenous companies and marginal field operators, contract and casual staffing, infrastructural decay, national industrial relations crisis, among others.

On the PIB, the NEC commended the present National Assembly’s efforts to pass the Bill, but lamented that the country has lost so much revenue and new investments due to the delay in its passage.

“The NEC-in-Session reaffirms its commitment to collaborate with other Stakeholders to ensure passage of this Bill, and will ensure that the lacunas, particularly the adverse labour clauses identified in the Bill are addressed before its passage.”

The NEC also condemned the continuous attacks on national assets such as pipelines and other oil and gas installations in the country, which has caused lots of incalculable damage to the national and industry’s revenue, demanding strong security strategies and use of modern equipment to end unnecessary attacks and damaging of national assets.

While the PENGASSAN NEC expressed acknowledgement of efforts of the government to rehabilitate the nation’s refineries, which are in appalling state, for optimal delivery, the NEC however implored the Federal Government to as a matter of urgency and priority carry out a comprehensive Turn Around Maintenance (TAM) in all the four state-owned refineries.

“The NEC-in-Session also calls on the Federal Government to come out with distinct plans and implementation strategy for crude supply to the Refineries.

“The NEC-in-Session also notes the positive impact of the planned modular and other private refineries on the industry and the economy as a whole. The NEC-in-Session therefore emphasizes the need to be proactive in labour-related issues that will arise therefrom.

“The NEC-in-Session demands that facilities such as depots, jetties, tank farms, pipelines and pump stations be rehabilitated along with the refineries to ease supply of crude oil to the refineries as well as evacuation and distribution of refined products throughout the country.”

The NEC also frowned at the anti-union posture by indigenous oil and gas companies and marginal field operators, and therefore called on regulatory institutions and business partners (Federal Ministry of Petroleum Resources (DPR) NNPC/NAPIMS, International Oil Companies (IOCs), Federal Ministry of Labour and Employment to call such companies to order.

The NEC-in-Session resolved to resist any management that infringes on the workers’ Rights to Freedom of Association and Lawful Assembly.

The NEC called on the Federal Government to urgently reconvene the Ministerial Committee on Contract and Casual Staffing which was chaired by the Late Minister of State for Labour and Employment, Barrister James Ocholi to address all issues on abuse of service contract provisions in the oil and gas