11 August 2015, Abuja – Business activities were on Monday paralysed at the Asset Management Corporation of Nigeria by oil workers under the aegis of SeaWolf Oil Field. 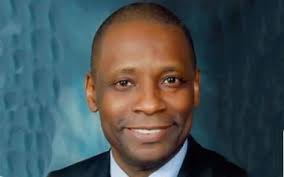 The disengaged oil workers, Vanguard learnt, who barricaded the entrance of the office were protesting over the failure of AMCON to pay their entitlements which they claimed was in the range of N5bn to N7bn.

The workers lamented that despite assurance that the corporation would pay their entitlements after taking over their company-Offshore Management Services, such promises had yet to be fulfilled.

Spokesman for the protesters, Mr. Victor Ekundayo said that the agreement reached with the corporation was that their salaries would be paid by AMCON following the takeover of the company two years ago.

He said,” We have had several meetings with the Ministry of Petroleum, Labour and Productivity. Ministry of Finance had to intervene, insisting that AMCON pay the claims. AMCON even called us to say they will pay, yet nothing has been done.

“AMCON took over our facility in 2013 because SeaWolf was indebted to a lot of commercial banks. They did so without settling the workers.

“The standard in the oil and gas is that for whatever reason a company is taken, workers must be paid their terminal benefits, which AMCON has refused to do.

“Before we came here, we took our grievances to the Ministry of Petroleum Resources and to Ministry of Labour and Productivity. They all asked AMCON to pay us our entitlements.

ADVERTISEMENT
“In May, we met with the Managing Director, AMCON. He assured us that our claims will be addressed within 48 hours, yet it’s been three months and no word from them.”

Ekundayo, alleged that the situation had led to the death and hospitalisation of some of their colleagues. He urged the Federal Government to intervene so they could get their entitlements paid.

When contacted, the Public Relations Officer, AMCON, Mr Kayode Lambo said the protest staged by the former workers was illegal due to a court injunction stopping them from doing so.

He said, “I cannot tell you what AMCON is doing to address the situation because the case has been taken to court and doing so will be prejudice.”
– Vanguard