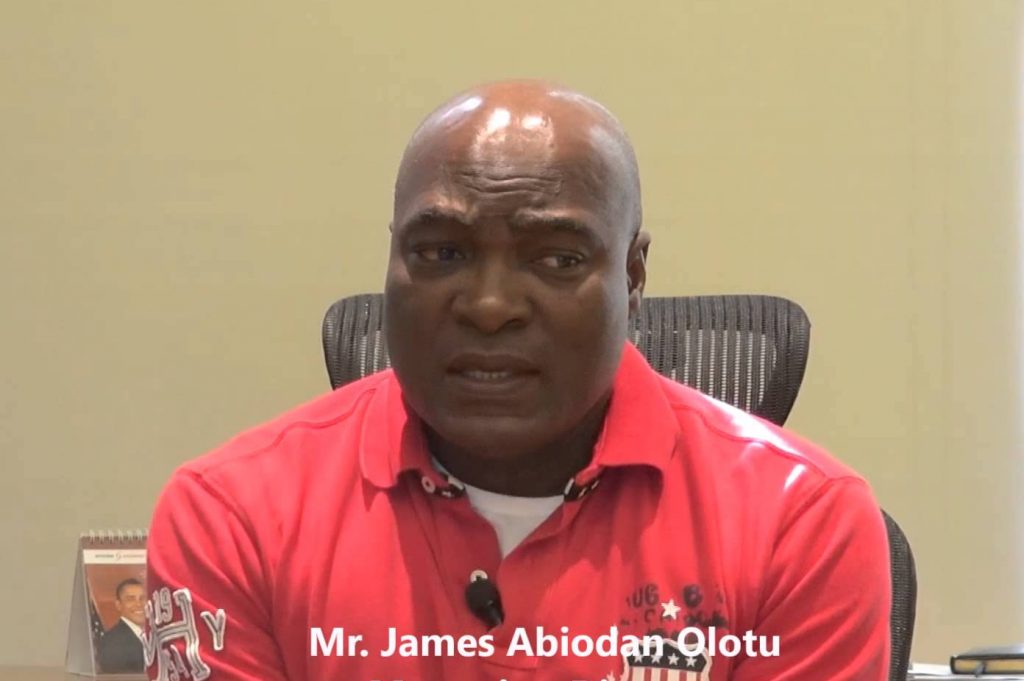 This Fellowship award was conferred on Olotu at the Annual General Meeting of the NSE which held in Abuja the Federal Capital Territory.

Olotu according to the President of the Society Engr. Otis Anyaeji was found worthy of this prestigious award in recognition of his positive influence in the promotion of engineering profession while he was the Managing Director of the NDPHC where Nigerians Engineers were given an opportunity to actively participate in the development of the National Integrated Power Projects (NIPP) being managed by NDPHC.

Mr. Olotu who is a professional accountant and Specialist in Project Management was the pioneering Managing Director of NDPHC from October 2006 to June 2016.

“This honour is in recognition of the significant contributions to the promotion of the engineering profession and to the NSE” Anyaeji stated.

Been the pioneer Managing Director of NDPHC, Olotu handled the single largest power Infrastructure projects in the country which cut across the three-value chain in the sector.

He efficiently managed the structural, political, social economic and engineering challenges of the company by surrounding himself with the best of the professionals in engineering and utilizing the skills set developed over the years in project conceptualization, risk evaluation, management, diplomacy and team spirit to deliver eight and out the ten power stations with total capacity of 4,774MW, eight of these power stations are fully completed and others at various stages of completion.

Also, fully completed were the gas infrastructures relative to the above power stations.

Under his watch, over 15,000KM of transmission and distribution lines at between 330Kv and 11Kv levels with support injection substations and transformation capacity of over 700MVA all across the country were also over 85 percent delivered at the time of his exit from NDPHC in June 2016.

Completing the balance of the projects and providing solutions to the problems of acute gas shortages was then the major thrust required to bring these numerous projects to the full benefits of Nigerians.

The worth of NDPHC according to evaluation reports on its assets was $11.5bn using the generation assets which were independently bided for during the on-going privatization initiative as a basis of evaluation.

NDPHC was at inception funded with $8.5bn from the excess crude oil account. By June 2016 the company was rated as second only to ESKOM of South Africa and second largest and best-run power company in Africa.

He is a member of many professional bodies, including ICAN, ISACA and Nigerian Institute of Management with full Fellowship status in the three.