26 September 2018, Sweetcrude, Lagos — Oman and Iran will drive the majority of the growth in the oil storage industry in the Middle East between 2018 and 2022, contributing more oil storage capacity than any other country in the region, according to leading data and analytics company GlobalData.

An estimated capital expenditure (capex) of US$6.9bn on new build projects is anticipated in the Middle East, of which, more than 60% will be spent by Iran and Iraq and the remaining by the other countries in the region, during the forecast period.

Soorya Tejomoortula, Oil & Gas Analyst at GlobalData, explains: “Oman is expanding its oil storage capacity to increase crude oil and petroleum products exports from the country. New storage terminals are being planned along its coastline for easy access to the oil markets in South Asia, Africa, and the Far East.” 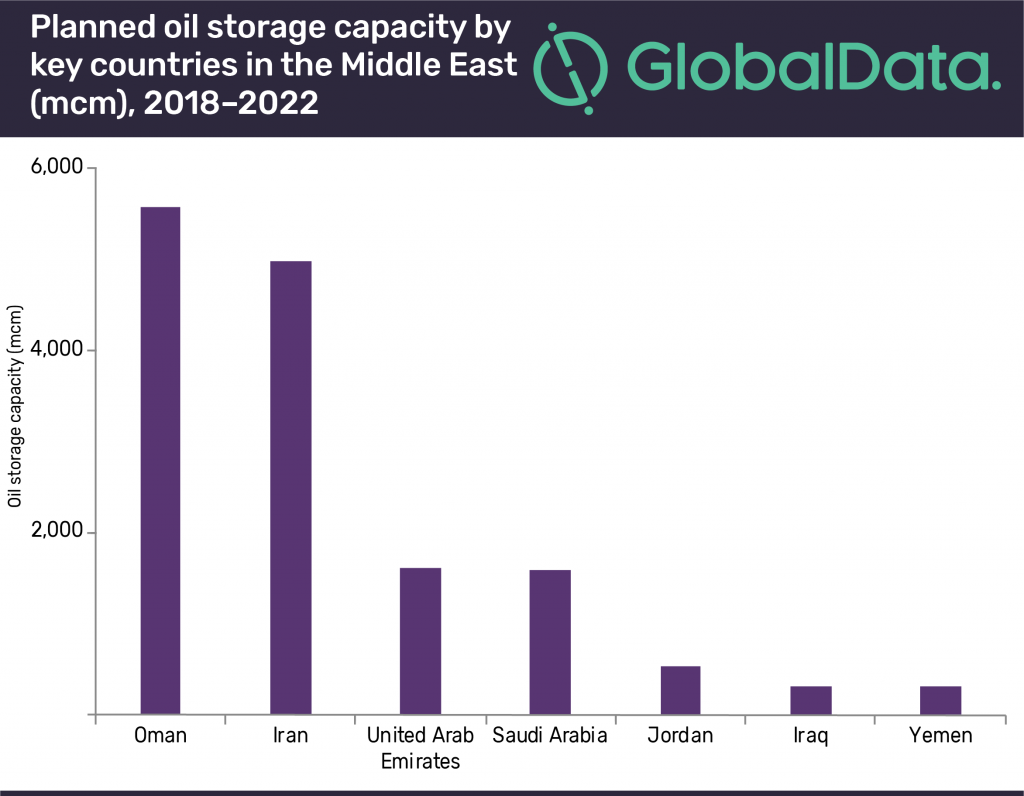 GlobalData identifies Iran as the second highest in the Middle East in terms of capacity additions and the highest in terms of capex on new build oil storage projects for the outlook period 2018 to 2022. The country has planned investment of around US$2.3bn and plans to increase storage capacity from 8,750.2 mcm in 2017 to 13,744.8 mcm in 2022 at an AAGR of 9%.

Tejomoortula adds: “Iran is planning to construct three oil storage terminals between 2018 and 2022 which will help the country to boost its crude oil exports.”

In terms of capex, Jazan terminal in Saudi Arabia, Jask in Iran, Bin Umar in Iraq, and Jazan in Saudi Arabia are the top planned and announced oil storage terminals in the Middle East for the outlook period.

In terms of capacity, Jask in Iran, Ras Markaz Crude Oil Park terminal in Oman, and Al Muajjiz terminal in Saudi Arabia are the top three planned and announced oil storage terminals by 2022.