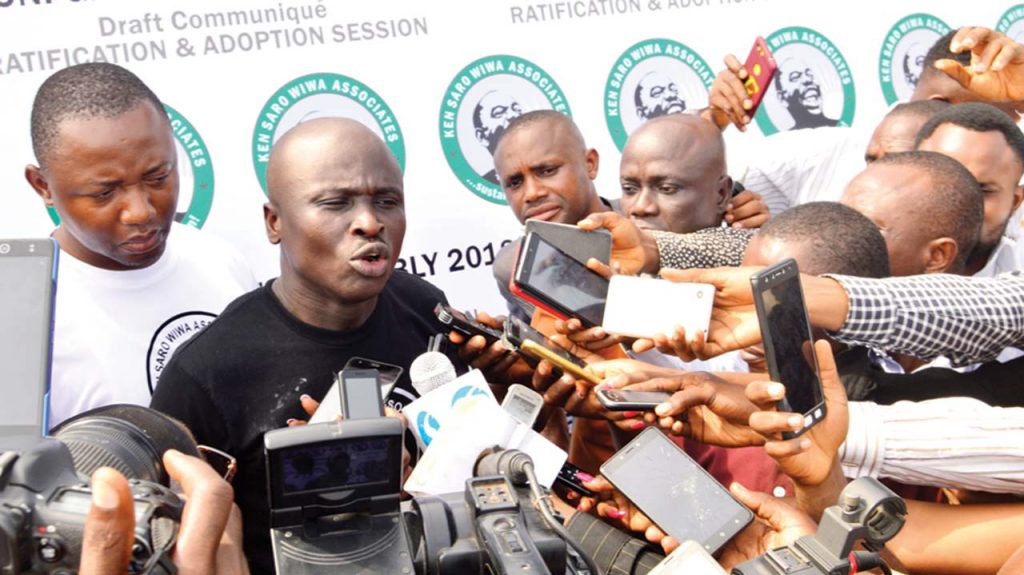 Port Harcourt — The Royal Dutch Shell and its companies in Nigeria have been challenged to mention the projects they have carried out for the host Communities of OML 25 in Akuku-Toru Local Government Area of Rivers State since it began operating in the area, 40-years ago.

Similarly, the Rivers State Governor, Nyesom Ezenwo Wike, has been challenged to mention the projects he as designed and implemented for the OML 25 host communities since he became governor, four years ago.

The people of Ogoni under the aegis of the Conscience of Ogoni People, COOP, who challenged the Dutch multinational and the state governor, said the interest of Ogoni people in OML25 was to avoid what happened in Ogoni to repeat in any other community in the state.

National Coordinator of COOP, Chief Gani Topba, speaking at a world press conference in Port Harcourt, called on the media to partner with the people of Offoinama, Belema and Ngeje (host communities of OML 25) over the neglect and injustice meted against them by Shell.

Topba wondered if the Rivers State Government was now the mouthpiece of the Shell Petroleum Development Company, while alleging that Shell was planning to divest its stake in OML 25 to an indigenous company which the governor was a stakeholder.

“We are challenging the Rivers State Government and the Shell Petroleum Development Company to mention any project they have done for OML25 communities or give names of any person they have employed from these communities a during their 40 years of operation in that area.

“Go to these communities, the state government and Shell have no project on the ground but today Shell and the governor are intimidating the same community.

“I am calling on the international community to checkmate the activities of the Rivers State Government and Shell in Belema and other Kula Communities. We don’t want what happened to Ogoni people to happen to any other community in Rivers State.

“The media helped us the Ogoni people in our fight against marginalization and we succeeded, in the same mind I am also calling on the media to support the fight against injustice on Kula people.”

The Conscience of Ogoni People, COOP, also accused Governor Wike of intimidating the people of Kula, after collecting money meant for their development from Shell, saying that the Presidency and the Nigerian Army have at any time intimidated the government of Rivers State, even when the governor accused them of many things.

“Today, Royal Dutch Shell has released over N1billion to the Rivers State Government account, that N1billion belong to Kula communities. How could Rivers State government now take money that belongs to the community and use it to intimidate Belema and Offoinama communities?

“I think the best option is to call on the international community, human rights advocates and the media into this issue, because I remember that was the media that helped the Ogoni struggle in the days of intimidation and, today OML 25 communities are being intimidated.

“The reason is that the governor has a stake in a company that wants to takeover OML 25. The government of Rivers State has packaged a company that will take over as Shell is divesting OML 25.”