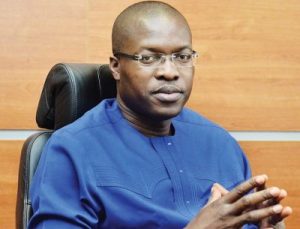 The MoU mandated the company to pay the money into a dedicated account, within two weeks for the development of the OML 25 communities.

The Settlement Agreement was signed on behalf of the communities by Traditional Rulers, Youth Presidents, Chairmen of Community Development Committees and Community Leaders, those who signed the agreement include the Stakeholder Communities of Kula, Belema, Offoin-Ama, Ibie-Ama, Boro, and Opu-Kula.

Speaking, Representative of Rivers State Governor and Secretary to the State Government, Dr. Tammy Danagogo said that fundamental reason for Monday’s meeting was to sign the agreement, without prejudice to who holds different positions in the communities.

He further emphasized that the Rivers State Government will not succumb to any plot to derail the progress made at settling the dispute at OML 25.

“After this agreement, other meetings would be convened to determine the issues of employment, community development, and community contracts. For now, the aim is for Shell to pay the funds that have accrued and for the flow station to be opened for further development in the communities.”

“We want our people to own oil blocks, but we don’t want a situation where the operating license of others in our state is illegally taken away. This is because other Rivers people are operating in other states. Let us approach these issues in peace to achieve progress “.

General Manager, External Relations of SPDC, Mr. Igo Weli said the signing of the settlement agreement is a welcome development which will improve the reputation of Rivers State as a centre for investments.

Weli, who signed the MoU on behalf of Shell, explained that peace and harmony between corporate entities and host communities is the way to go.

“This is a good model and template. This is the best practice. We came here to find solutions because we want the best for our communities. There are always constructive ways and peaceful ways of resolving conflicts “.

Amanyanabo of Kula, King Kroma Eleki called for peace across Kula communities to pave the way for the peaceful operation of OML 25. He commended the Rivers State Government for ensuring the peaceful resolution of issues in the area.

Amanyanabo of Belema, King Ibinabo Kalaoriye who also signed the settlement agreement thanked the Rivers State Government for the peace process that led to the agreement.

He expressed happiness with the terms of the agreement, saying that those who have occupied the flow station would leave.

The Amanyanabo of Belema said since the license of Shell Petroleum Development Company has been renewed, there is no need for any individual to shut down the flow station.

Chairman of Akuku-Toru Local Government Area, Rowland Sekibon, said that the signing of the agreement is genuine progress that will help the development of the area.

He said going forward, Shell would have learned her lessons and work in the interest of the host communities.

Head of Ngeje Community, Chief Ibinabo Kiliya thanked the Rivers State Government for involving the community in the settlement agreement. He signed the agreement on behalf of his people.