Port Harcourt — The Shell Petroleum Development Company of Nigeria Limited, SPDC, has urged all stakeholders in Belema flow station and gas plant in OML 25, to give the Rivers State Government-led mediation process, the needed chance for a peaceful resolution. 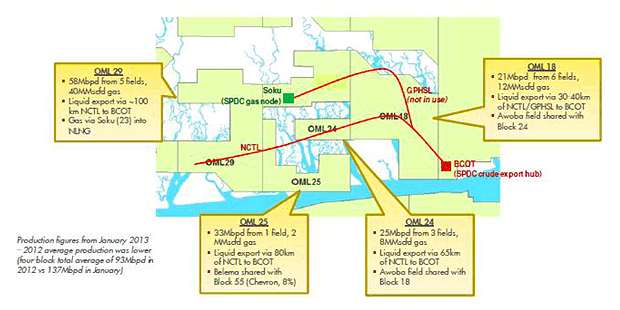 The Belema flow station located in Akuku-Toru Local Government Area of Rivers State, which produces 45,000bpd and 50millionscf of gas per day, has been under siege since August 4th, 2017 by indigenes of the host communities, over alleged neglect of the communities by the Dutch multinational.

As a result, SPDC had shut down its operation in the flow station and the entire OML25, for the safety of the occupants as the facility was a high pressured oil and gas plant. The 22months shutdown of the oil facility has led the Federal, State and Local Government to lose nothing less that N700billion in revenue.

But Governor Wike, last weekend intervened in the matter by directing all parties in the dispute relating to the shutdown of Shell’s facility, to resolve all contending issues and reopen the oil facility within seven days.

Governor Wike also directed the Secretary to the Rivers State Government, Dr. Tammy Danagogo, to urgently convened a meeting of all key stakeholders in the presence of Security Chiefs, for the host communities to outline their grievances to SPDC and, for the company to address their concerns.

Reacting to the governor’s directive, the management of SPDC decried that Nigeria’s economy has been denied so much revenue due to the two years closure of the facility.

Shell Spokesperson, Mr. Michael Adande, in a statement said the company is optimistic of a quick resolution of all issues in order to resume operations in the facility.

According to him, “SPDC hopes for peaceful resolution of all issues to enable us to resume safe operations of our Belema oil and gas facility.

“The nation’s economy has been denied needed revenue these past two years that our facility has been shut down and illegally occupied by invaders.

“We ask all stakeholders to give the government mediation process the needed chance for a peaceful resolution.”