on: October 04, 2019In: Community Development, featured 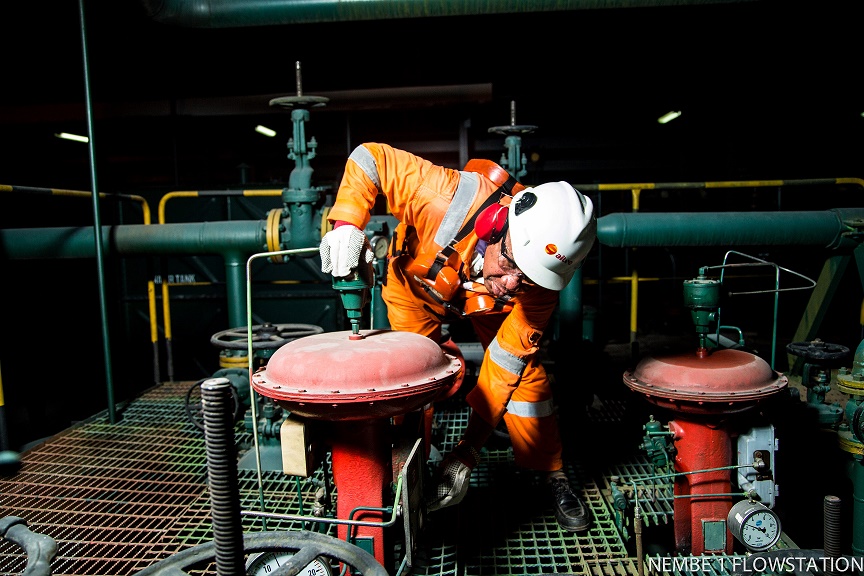 *An Aiteo personnel working at the Nembe flowstation.

Port Harcourt — Two more communities in Bayelsa State on Friday applied to be joined in the ongoing litigation by the Nembe-Bassambiri Communities, hosts to OML29, against Aiteo Eastern Exploration and Production Company, over the negative impacts of oil exploration activities on them.

Recall that OML29 lease expired on June 30, 2019 while Aiteo had commenced renewal process with the payment of $82million to the Federal Government, through the Department of Petroleum Resources

At the resumed hearing today, Counsel to the parties seeking to join the suit. Barr D.O. Abba, urged the court to grant the pending application which was supported by a 24 paragraph affidavit.

The presiding Judge, Justice Abimbola Awogboro, who heard four pending applications to be joined in the suit from Bayelsa communities, resolved to consolidate all the applications for joinders and rule on them.

Awogboro adjourned the case to October 19, 2019 for ruling on the pending applications by communities to be joined in the suit.

The Nembe-Bassambiri communities had sought to halt the renewal of OML29 license for Aiteo Eastern Exploration and Production Limited, pending the determination of a substantive suit by the Nembe communities, but was declined on June 24th, 2019 by the Federal High Court, Yenagoa.

The people of Nembe-Bassambiri communities through their legal counsel, Ntephe, Smith and Wills, had asked the Federal High Court in Yenagoa, to stop the Federal Government from renewing OML 29 licence for Aiteo on several grounds, pending the outcome of a substantive suit before the court.

The communities also said the divestment of SPDC’s interest to Aiteo in 2015, including the Nembe Creek Trunckline for the sum of $1.7billion, was done without resolving the untold negative impact of their operations on the people.