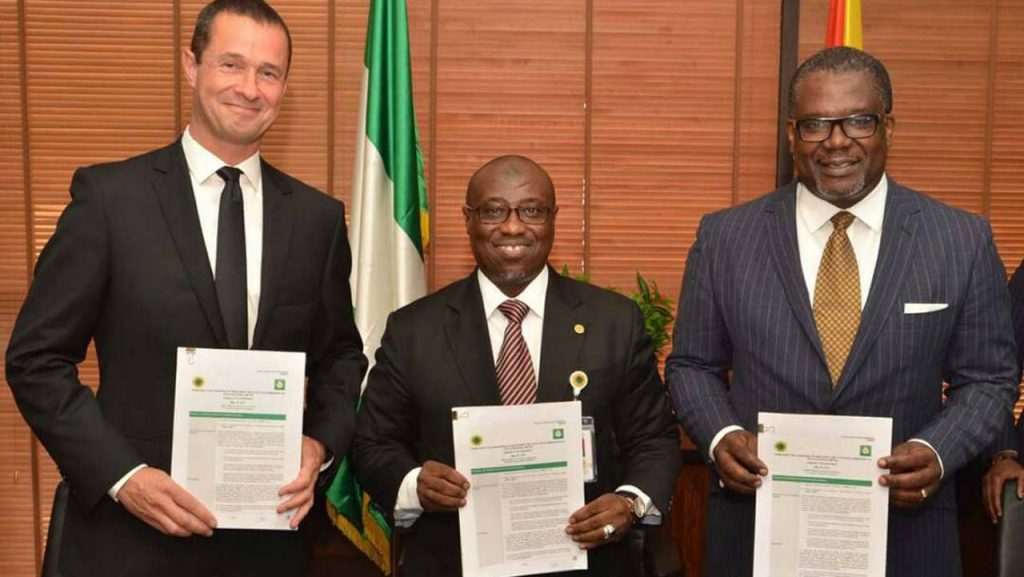 According to the firm, the move is part of its commitment to social performance and demonstration of value to its host communities within the Niger-Delta region.

Speaking at the GMoU signing ceremony held at the Bayelsa State Ministry of Mineral Resources, the General Manager, Corporate Services of First E&P, Mr. Emmanuel Etomi, said the Joint venture partners are interested in the wellbeing of their host communities and wish to contribute to their development.

Etomi explained that the GMoU is aimed at formalising the partnership between First E&P /NNPC joint venture, the host communities and the Bayelsa State Government as critical stakeholders in the development of oil mining lease 83 and oil mining lease 85.

He explained that First E&P was an indigenous oil and gas company, established in 2011 and has been in operation since July 2012.

“We are particularly happy with our neighbouring communities represented here today. Since we opened the conversation and started engagement with them, the response has been good.

“At every level of our development, we have ensured that the communities are involved because they are critical to our collective success.

“As a company, we have in the past three years been briefing various communities in the state on how development can be actualized with the support of stakeholders in the oil producing communities.”

For their part, the representatives of the host communities, known as KEFFES Rural Development Foundation, expressed their delight with the GMoU, which they said would encouraged socio-economic development within the communities.

Secretary of the Board of Trustees of KEFFES communities, HRM King Israel Igbousa, urged the oil firm to regularly engage and carry along the host communities in their activities to avoid a crisis.

It should be noted that OML 83 (Anyala field) and OML85 (Madu field) are Nigeria’s shallow offshore assets formerly operated by Chevron Nigeria Limited.