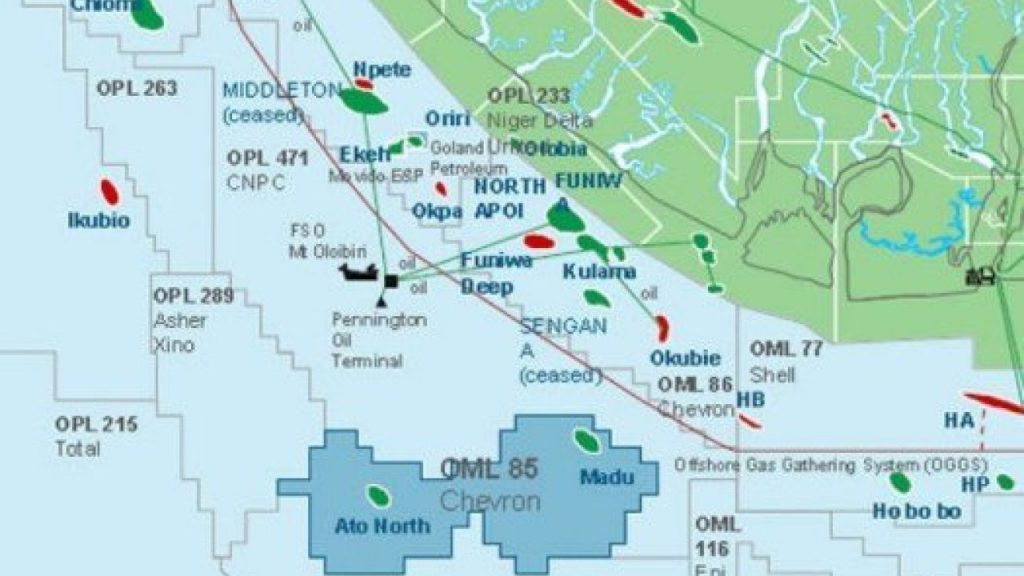 The ultimatum was issued over the integrity of an oil rig deployed to two oilfields in OML83 and OML85 in Koluama communities of Bayelsa State.

The group says the safety concerns and worries it had expressed over the integrity and state of the oil rig deployed by First E&P to oilfields in Koluama coastal communities in Bayelsa were being addressed.

Recall that this same group had last month issued a quit notice to First E&P over the integrity and state of the oil rig deployed by the firm to oilfields in the area, urging the oil firm to clarify the safety records of the rig within 72hours to avoid a repeat of the 2012 rig disaster in the area.

Leader of IRM, Mr. Joseph Sese, had alleged that the company began operations in the area without taking cognizance of the negative impact their operations would have on the host communities while demanding that failure to show proof of the integrity of the facility, the rig should leave the territorial waters of the area.

But Ifalibobou Revolutionary Movement has now made a U-turn on the ultimatum, saying that efforts were being made by the leadership of the Koluama Communities Rural Development Board to respond to their concerns and explain recent developments in the area.

Leader of IRM, Joseph Sese, in a statement said the withdrawal of the quit notice order followed the intervention of critical stakeholders in the oil and gas industry.

Sese explained that the decision to withdraw the ultimatum was to pave the way for peace in order for its earlier concerns to be addressed.

According to him, “We are constrained to announce the withdrawal of the 72hours ultimatum to First Exploration and Petroleum Development Company, issued on the 7th May 2019.

“Having reviewed all circumstances surrounding the ultimatum and, for the intervention of critical stakeholders in the Oil and Gas Industry, we have no better reason than to diffuse the ultimatum.

“This is to pave way for addressing the issues raised therein.

“We enjoin the First Exploration and Petroleum Development Company and other partners in the operation like Yinson to be frontally involved in seeing to the issues of our concern.

“This is because all issues at stake bother on the fundamental existence of the people of KEFFES Region,” the group said.

It should be noted that the two oil fields, Ayala in OML83 and Madu in OML85, with a combined potential of over 340million barrels of oil equivalent, including 45 percent gas deposits, were hitherto operated by Chevron Nigeria Limited until 2015 when CNL divested its 40percent stake and sold it to First E&P.

In January 2012, a rig blow out at Chevron’s oilfield in OML85, resulting to a fire incident that burnt out the KS Endeavor rig for 48 days, destroying the flora and fauna of the coastal communities of Koluama 1&2, Ekeni, Foropa, Fish Town, Ezetu and Sangana, popularly called KEFFES, in Southern Ijaw and Brass Local Government Areas of Bayelsa State.