on: December 13, 2020In: Community Development, featured 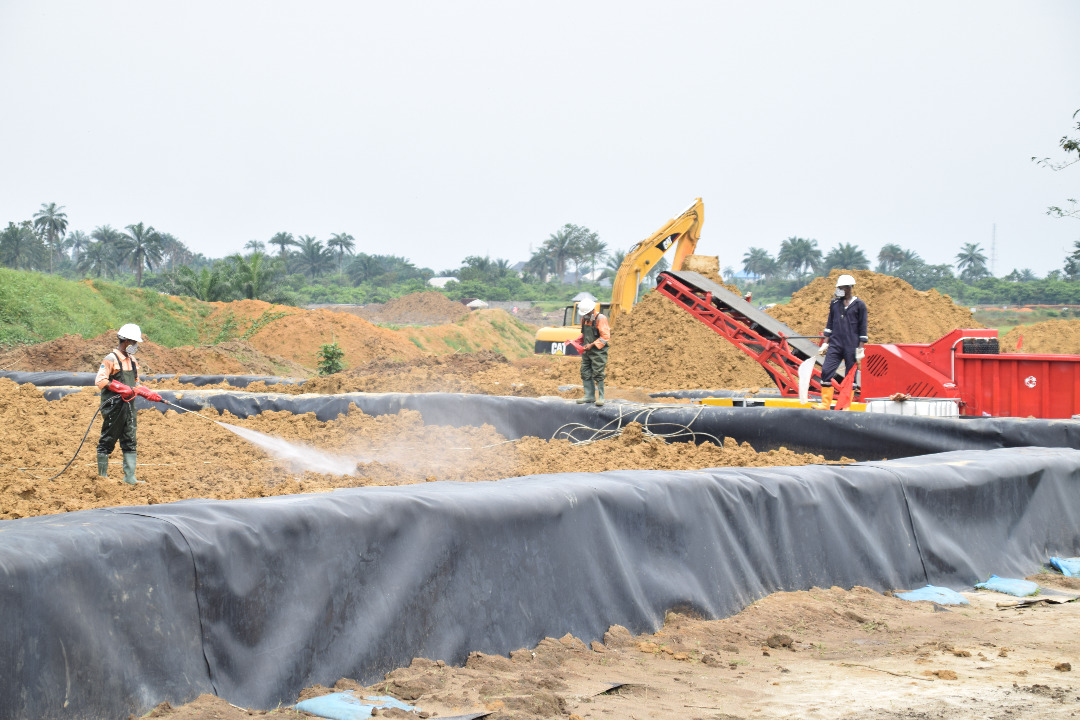 *Soil remediation process inside a bio-cell in Ogoniland

Port Harcourt — The Federal Government has been urged to ensure full participation of oil host communities, on discussion towards the planned resumption of oil exploration activities in Ogoniland.

Recall that since they year 1993, as a result of environmental devastation and agitation in the area, there has been no oil exploration activities in Ogoni fields, which forms a part of OML11, hitherto operated by SPDC.

Recently, the Federal Government has made moves towards re-entering Ogoniland for resumption of oil exploration activities, amidst several bickering, agitations and protest by stakeholders in Ogoniland.

Speaking, the Paramount Ruler of Kpor community, in Gokana Local Government Area of Rivers State, Chief Avalobari Ntao, said a template for negotiation has been designed, to enable host communities benefit from crude oil deposited in their land.

Ntao emphasised that the interest of host communities should be looked into, before the planned resumption of activities on oilfields in Ogoniland.

“The youths and every other persons in the host community should be involved. The mind of the people should be known.

“It’s not just my community, but every other host community.”

Also speaking, a youth leader in the area, Barineme Nserika, said the youth body was carrying out sensitization program on the role of oil producing communities in the society, and the need for peace.

“We have been to virtually all host communities in Ogoni, sensitizing them and the youths to put an end to violence and embrace peace.

“When it comes to oil exploration activities, the host communities have a critical role to play, because they have the social license, which is their acceptance of any company to operate.”