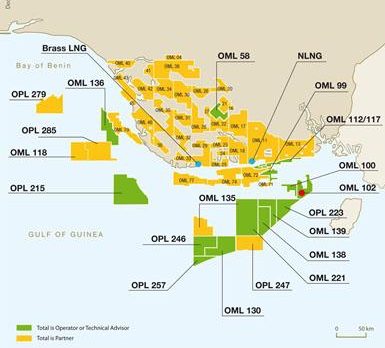 Port Harcourt — The Federal Government has been charged to revalidate the marginal oil field licence, OML46 asset in favour of Bayelsa State, which was earlier revoked by the Department of Petroleum Resources, DPR.

Recall that DPR on the 6th of April 2020, announced the revocation of OML46 alongside 10 out of the 13 marginal fields licences issued to indigenous oil firms, to build capacity and promote local participation in the oil and gas sector.

OML46 asset held by Bayelsa State Government, through Bayelsa Oil Company Limited, is located within onshore swamps in Bayelsa State and was won in 2013, through a bidding process conducted by DPR, but was reportedly revoked for being inactive.

Speaking on the development, the Movement for the Survival of the Izon Ethnic Nationality, MOSIEND, expressed concerns over Federal Government’s revocation of marginal oil fields licence, OML46 asset held by Bayelsa State government.

MOSIEND President, Mr Kenneth Tonjo-West, said it was unfair for the Federal Government to revoke OML46 license given to Bayelsa State, without genuine and verifiable reasons.

Tonjo-West disclosed that the oilfield already had gone into test production, after full development and was ready for commercial production.

He explained that the charge was imperative because some states in the country were already in control of natural resources deposited in their land.

“It was this oil field that gave Bayelsa the right of oil prospecting license.

“It was also based on it that the state established the Bayelsa Oil Company Limited, and they have produced about 1,000 barrels of crude for evaluation and hence the position that thefield has remained dormant is false.

“We have borne brunt of oppression and marginalization for more than half a century, there is no commensurate development in our land following the discovery of oil in commercial quantity.”

The pro-Ijaw group also condemned the breakdown of law and order associated with the #EndSARS protest across the country, adding that the Ijaw nation would continue to move against oppression and injustice.

“We support peaceful agitation. While we condemn the hijack of the protest by hoodlums to perpetrate crime, we wish to say that it was wrong for security agents to attack the protesters.”