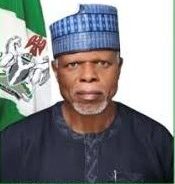 He said a total of 99 containers were seized in 2019 due to false declarations, concealment and non-provision of end-user certificates, amongst others.

“A total of 24 seizures with duty paid value of one billion, two hundred and seventy eight million, seven hundred and eight thousand and eleven naira (N1,278,708,011) were also recorded in the area of anti-smuggling.

“The seizures were made due to wrong documentation, false declarations, wrong classification, concealment and non-provision of end user certificate for the imported items,” he said.

Saidu regretted the continued menace of smuggling across the nation’s ports and borders, saying it was capable of undermining the fiscal polices of the Federal Government on imports as well as its effects on the nation’s security and socio-economic  development.

He advised all stakeholders to remain patriotic in their behaviour and shun any action or inaction capable of jeopardising the government’s fiscal polices.