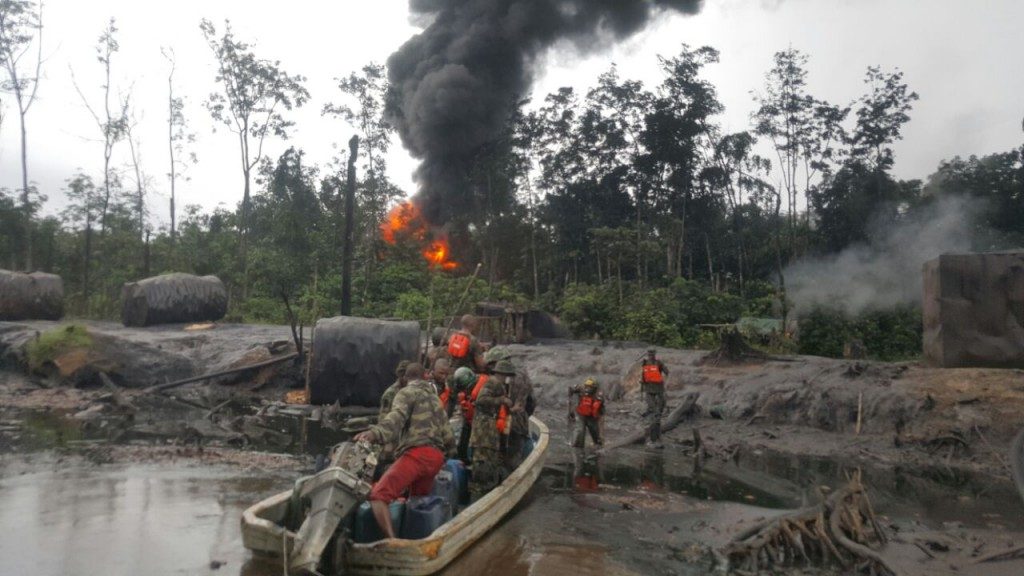 Commander of the security body, Rear Admiral Apochi Suleiman made this known in Warri, Delta state while speaking on the recently launched Operation 777 by the Chief of Defence Staff, CDS, General Gabriel Olonishakin in October.

According to him, Operation 777 was flagged off to reduce crime, adding that it was already a huge success in the Niger Delta region.

“Cases of illegal bunkering, pipeline vandalism, and associated criminalities do increase during major festivities and election years, this necessitated the launching of “OPERATION 777” by the CDS activated by the Headquarters, OPDS. The “OPERATION 777” has made huge achievement, over 300 illegal refineries, 156 locally manufactured boats, 1,085 surface tanks have been destroyed.

“Additionally, 15 barges, 10 tanker trucks, 31 vehicles, 45 speedboats, 16 outboard engines 41 pumping machines, 15 generating sets and 76 other items have been impounded. It is also worthy to mention that 6 different types of arms and over 100 items of munitions have been recovered during the period in focus,” he said