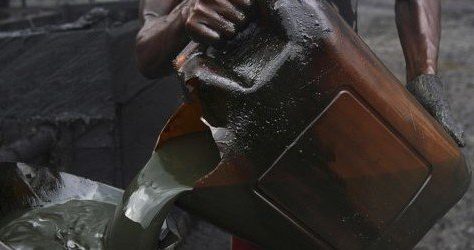 Acting Director, Defence Information, Brig. Gen. John Agim, said the success of the JTF was achieved during its special military exercise codenamed, Operation 777, which was launched on October 8th, 2018 to reinvigorate it operations.

The JTF Information boss explained that during the period under review the taskforce has also recovered 13 petroleum tankers, intercepted 2,234 bags of smuggled rice from Cameroon as well secured the release of seven Agip workers who were recently kidnapped in Bayelsa.

Agim said the TaskForce which is aimed at curbing crude oil theft, illegal oil bunkering, communal clashes, kidnapping, piracy, cultism as well as to eliminate militancy within the region, and which comprises of Army, Navy, Airforce, Police, DSS, and NSCDC components, has recorded huge achievements that have resulted in increased oil and gas production.

He said Operation 777 has destroyed militant camps, recovered arms, intercepted and arrested 266 suspected criminals including drug barons, cultists, sea pirates, kidnappers, armed robbers, smugglers, and illegal oil refiners, adding that the suspects have given useful information that will help to rid the region of criminal activities.

According to him, “Since the launch of Operation 777, the Task Force has destroyed 436 illegal refineries. Also destroyed were 609 Cotonou boats, 1,507 surface tanks and 1,538 drums used for illegal bunkering.

“It is gratifying to observe that significant achievement has been recorded by OPDS since the launch of Operation 777. For instance, anti-illegal bunkering/anti-illegal refining operation was carried out in Okaki community in Bayelsa State which had become notorious for crude oil theft and illegal bunkering/refining activities along Agip pipeline with huge success.

“Apart from the destruction of the illegal site, one of the most wanted militant and a member of ‘kill and Bury’ gang by name Gift Apollo aka ‘Thousand’ was arrested. The group was responsible for the attack and death of own Soldiers deployed to Abua/Odual in August 2018.

“Also destroyed are other massive illegal refining camps at Yeye, Jone, and Chanomi creeks, Benneth Island in Delta State, Alakiri, B-Dere and Iyalama creeks in Rivers State. On the whole, during the period under review, the following recoveries were made; 230 different types of arms, 240 assorted ammunition, 11 barges, 101 outboard engines, 78 other boats, 13 tanker trucks, 51other vehicles, 135pumping machines and 34 generating sets.”

He explained that a committee set up by Chief of Defence Staff, General Abayomi Olonisakin, discovered that the allegations were false and were targeted to smear the operations of the OPDS because of its fight against criminality.

He therefore urged members of the public to report any form of criminalities within their communities for prompt action, assuring that OPDS will remain professional in the discharge of their duties.

“Gentlemen of the press, let me use this medium to report that, sometime in August this year, Defence Headquarters received a petition against the Force Commander, OPDS Rear Admiral Apochi Suleiman of some wrong doing.

“The Chief of Defence Staff, General AG Olonisakin constituted a committee to investigate the veracity of the allegations. I am proud to announce that, the panel findings shows that the allegation was false, infact, it was criminality fighting back.

“The findings also show that, the Standing Operation Procedure established by the Commander and his team has been responsible for the successes recorded by OPDS and now Operation 777.”