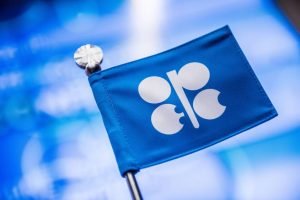 12 October 2017, Sweetcrude, Lagos – OPEC and its allies have regained some control over the oil market as their production limits have eroded the supply glut that caused prices to plunge, but the IEA warned Thursday further restraint is needed if this balance is to be maintained.

In its regular monthly report, the International Energy Agency said that global oil stocks are likely to dip in 2017 and should mostly be in balance next year assuming unchanged OPEC production.

“A lot has been achieved towards stabilising the market, but to build on this success in 2018 will require continued discipline,” said the IEA.

Global oil markets have been roiled in recent years as the OPEC oil cartel abandoned in 2014 its traditional role of supporting prices in an effort to retain market share against upstart US oil shale producers.

Oil prices plunged from over $100 per barrel to under $30 last year, squeezing oil firms and wreaking havoc in the economies of oil-producing countries.

Late last year OPEC and a number of other producers led by Russia agreed to throttle their output. The pact, which has now been extended through March 2018, has helped oil prices to climb back above $50 per barrel.

“The next few weeks ahead of the producers’ meeting in Vienna on 30 November will be crucial in shaping their decision on output,” said the Paris-based IEA.

“But there is little doubt that leading producers have re-committed to do whatever it takes to underpin the market and to support the long process of re-balancing,” it added.

The IEA, which advises the leading energy-consuming nations, noted the recent visit by King Salman to Moscow, the first by a Saudi monarch, where a number of investment deals were agreed and hints were dropped about further production limits.

“For Saudi Arabia and Russia, who worked together to forge the OPEC/non-OPEC agreement, there is a strong economic incentive to support oil prices by limiting supply,” said the IEA.

“For 2017 to date, OPEC as a whole and Russia have earned more while pumping less,” it added.

Saudi Arabia has the added interest of wanting to keep crude prices high ahead of a public listing of five percent of shares in its giant Saudi Aramco oil firm, which is set to take place next year.

The latest forecasts for global oil demand and other producers show that the ball is in the court of members of the production pact.

“Taking 2018 as a whole, oil demand and non-OPEC production will grow by roughly the same volume…” said the IEA, which expects global oil demand to grow by 1.6 million barrels per day (mbd) this year and 1.4 mbd in 2018.

The IEA added, “…it is this current outlook that might act as the ceiling for aspirations of higher oil prices.”

OPEC said in its monthly report yesterday that oil prices are expected to remain in the $50-55 per barrel range in the next year.

“A rise above that level would encourage US oil producers to expand their drilling activities, otherwise the lower prices could lead to a reduction” in investments, it added.

The main international crude oil futures contract, Brent, was trading at around $56.63 in the early morning London trading. The main US contract, WTI, was at $50.96.