OPEC boosts production by 80,000 barrels per day in August 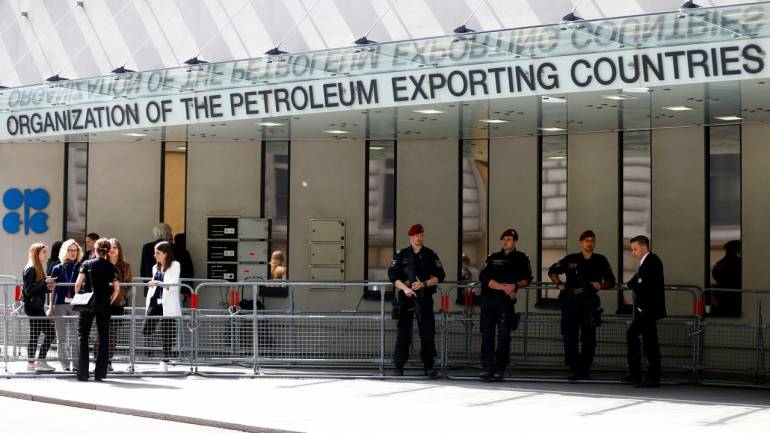 *Entrance of the OPEC headquarters in Vienna, Austria.

Lagos — The Organization of the Petroleum Exporting Countries, OPEC increased output by 80,000 barrels per day in August raising questions about members loyalty to the cut pact.

A Reuters survey obtained by SweetcrudeReports showed that the increase came from Iraq and Nigeria.
The Group’s current production stands at 29.61 million barrels per day, 80, 000b/d over July’s.

However, despite the raise, the group is still within the confines of the Cooperation agreement as Iran and Venezuela continue to face internal crises which had cut down the countries’ production.

Iran’s output fell further by 50,000 barrels per day loss for the month. The country has lost 2.7 million barrels since the sanction, according to US Secretary of State Mike Pompeo last week.

It’s July oil and condensates exports for July fell to 120,000 barrels per day, Reuters said last week, while its production for July was 2.21 million bpd. This compares to an average daily production rate of 3.55 million barrels for all of 2018.

Saudi Arabia remains the only country sacrificing more than it had pledged although it lifted production in August to produce 9.63 million barrels per day.
OPEC’s production cut pledge now stands at 136%.