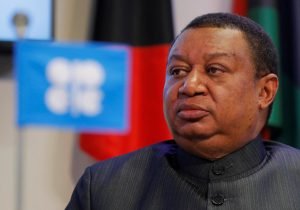 London — OPEC sees a strong rebound in oil demand in the second half of 2021 with oil inventories shrinking but the producer group also sees coronavirus variants posing a risk to the recovery.

Demand in 2021 was expected to grow by 6 million barrels per day (bpd), with 5 million bpd of that in the second half, OPEC Secretary General Mohammed Barkindo told Tuesday’s meeting of the Joint Technical Committee of OPEC+, an alliance made up of OPEC states, Russia and their allies.

“The current ‘wild card’ factor is the ‘Delta Variant’ of the pandemic that is resulting in rising cases and renewed restrictions in many regions,” he said in a speech, a copy of which was seen by Reuters.

Barkindo said growth in the second half was “a significant increase, even if uncertainties and associated risks would be factored in”, with preliminary May data showing inventories in OECD industrialised economies falling below the 2015-2019 level.

Bringing oil inventories in line with the five-year average is one of the main goals of the Organization of the Petroleum Exporting Countries and its allies.

OPEC+ sources and market watchers have said they expect the group to discuss a further gradual easing of existing oil production cuts from August.

Barkindo said soaring sovereign debt levels fuelled by fiscal and monetary stimulus programmes were a concern as they would contribute to rising inflation in coming months.