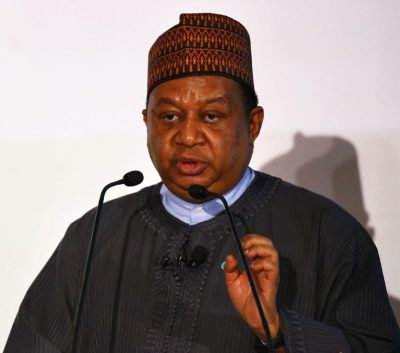 The Organization’s Secretary General, Mohammed Barkindo, during a live interview with CNBC on Monday, for the first time, acknowledged the U.S’ achievement in the Shale Basin.

Late last year, the U.S became the highest crude oil producers with an output of 8 million barrels per day, beating the likes of Saudi Arabia and Russia.

“We share the same aspiration as an industry. Today, America is the biggest crude oil producer in the world, and we congratulate them,” he said.

According to him, the U.S has benefitted “immensely” from the restoration of market stability championed by OPEC and its partners.

A few years back, oil prices crashed from above $100p/b to below $30p/b due to oversupply, forcing OPEC some non-OPEC partners to agree on cuts, the latest being the 1.2mb/d agreed in December, taking effect this month.

“That stability that OPEC and its partners have been able to restore became beneficial to the producers in the shale basin,” he said.

“We need to continue to work together with the companies in terms of knowledge and data sharing, and benefiting from their strategies,” he said.

“They have done extremely well in combining technology with cost-cutting strategies yet, maintaining a high level of productivity and efficiency in the industry which we believe will be beneficial to the rest of the global industry, and in the long run, produce long circle projects both onshore and offshore”

“And like I told them in Houston when we met, we are all in the same boat and in the same industry, and the circle that we have passed, has proven to us that what is good for OPEC, is good for the United States,” he said.