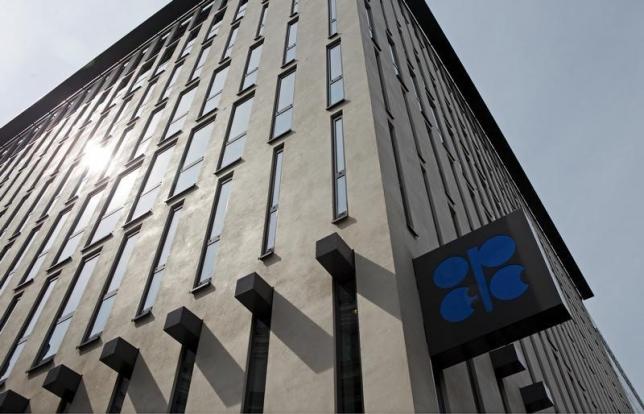 15 December 2017, Sweetcrude, Lagos —The Organisation of the Petroleum Exporting Countries, OPEC is not ready to look the other way while U.S shale producers take over its market share in China.

The Secretary-General, Mohammed Barkindo was in China from Tuesday through Wednesday to participate at the 2018 International Energy Executive Forum held in Beijing, where he also met with Vice Chairman of China’s National Development and Reform Commission, NDRC and Administrator of the National Energy Administration, Nur Bekri.

Barkindo during the meeting stressed the need to strengthen the China-OPEC relationship, and the role their cooperation will play in the future of the oil industry.

Also in his remarks at the conference, published by OPEC, Barkindo had emphasised the mutual benefits of the “dynamic and enduring” bonds between China and all OPEC member countries, while also updating delegates on the conclusion of the 173rd meeting of the OPEC conference, and the 3rd OPEC and non-OPEC ministerial meeting.

The U.S. International Energy Agency’s executive director, Dr. Fatih Birol, had also met with China’s Vice Premier, Mr. Zhang Gaoli last week, to discuss its commitment to deepening its cooperation with the country during its economic and energy transition.

China is transitioning from fossil fuel to bioethanol gasoline nationwide by 2020, gradually reducing the quantity of crude oil importation from OPEC countries, including Nigeria.

The country’s trade bond with the U.S. deepened following shale boom, including the fact that U.S. keeps discounting its oil as one of the strategies of wooing buyers away from OPEC.

In a release by IEA last week, Dr. Birol emphasised its ongoing modernisation agenda, including “open doors” policy to the emerging economies.

As part of this initiative, China joined the IEA in as an Association Country in 2015, allowing for greater cooperation on a variety of energy-related issues.

The IEA opened a liaison office in Beijing earlier this year to expand ties in key areas such as energy security, energy data and statistics, energy policy analysis, renewables, energy efficiency and other clean-energy technologies.

Thanks to the IEA’s new “open-doors” policy, the IEA family, which includes member countries as well as seven association countries (Brazil, China, India, Indonesia, Morocco, Singapore, and Thailand), now accounts for more than 70% of global energy demand, up from about 40% in 2015.

According to data obtained from ClipperData, China imported 289, 000 barrels per day of shale oil in November.

The country imported a total of 9.01 million barrels per day last month.

The country’s crude oil imports are up about 900, 000 barrels a day to an average of nearly 8.5 million barrels a day through November, according to figures from Energy Aspects.

Next year, the firm sees growth slowing but still expects China’s demand to increase to about 500, 000 barrels per day.

Nigeria’s crude oil flow into China is just one percent.

China’s October oil imports fell sharply from a near record-high of about 9 million barrels per day (bpd) in September to just 7.3 million bpd, data from the General Administration of Customs showed. That is the lowest level since October 2016, though imports were up 7.8 percent from a year ago.

For next year, however, China’s independent refiners are likely to boost their imports again as its 2018 crude oil import quota was raised by 55 percent over 2017 to 2.85 million bpd.

Meanwhile, Barkindo after the conference in China disclosed that inventory overhang targeted by its output curbs had shrunk to 130 million barrel above the five-year average, according to Bloomberg TV.

The group last month, estimated the overhang at about 154 million barrels.