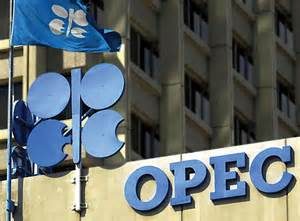 12 November 2017, Sweetcrude, Port Harcourt – Gas demand among members of the Organisation of the Petroleum Exporting Countries, OPEC, will almost double from around 8.4 million barrels of oil equivalent per day, mboe/d, in 2015 to more than 16mboe/d in 2040.

OPEC published the prediction in its 2017 World Oil Outlook, WOO, launched in Vienna.

OPEC’s WOO is part of the organisation’s commitment to market stability.

The publication is a means to highlight and further the understanding of the many possible future challenges and opportunities that lie ahead of the oil industry. It is also channeled to encourage dialogue, cooperation and transparency between OPEC and other stakeholders within the industry.

According to OPEC while rolling out predictions for each region, said based on their vast natural gas resources, OPEC member countries will boost gas demand in the long-term based on their dynamic population growth and ongoing economic development efforts.

OPEC had said inside the WOO 2016, that its members have the highest overall shares of gas in their energy markets by 2040, with 47%.