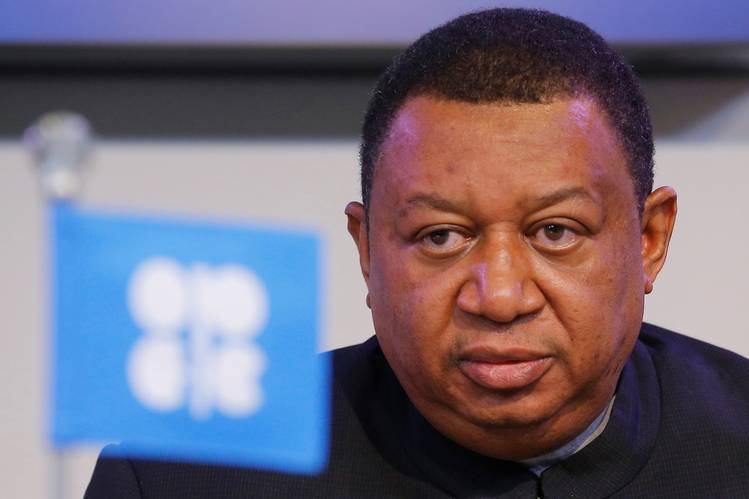 Barkindo disclosed this in his keynote address to the Fourth Nigeria International Petroleum Summit, in Abuja, on Monday, under the theme: ” From Crisis to Opportunities, new concepts ”.

“In terms of foregone revenues to OPEC member countries during this oil cycle, collectively about one trillion dollars was lost as a consequence of the plunge in prices in 2015 and 2016.

“No member country of OPEC was insulated from the contraction in oil revenues during this cycle.

“This had a severe impact on the resources available to the Government to pursue its laudable development programmes,” he said.

Commenting further on the impact of COVID -19, he said that no nation or sector of the global economy was spared and by the end of March 2020, the world seemed a different planet to what it was at the beginning of that month.

Barkindo noted that the world economy contracted by 3.5 per cent year-over-year in 2020, global oil demand declined by 9.5 mb/d, dropping further by a staggering 22 mb/d in the month of April, 2020.

” In OPEC, we were stunned by things happening that we never imagined possible. On 20th April 2020, WTI went negative for the first time in history, with prices plummeting to –37 dollars per barrel. Sellers were paying buyers to lift their crude”.

In response to this unprecedented situation, OPEC knew it had to act. Thankfully, we did not need to reinvent the wheel.

“We turned to the mechanism that had helped us emerge out of the 2015-2016 oil market downturn: the ‘Declaration of Cooperation (DoC).’ It was an effort to move from crisis to opportunity,” he added.

He commended president Muhammadu Buhari’ s commitment and leadership in ensuring efficiency in the system.

“President Buhari and his government bravely rose to both of these great challenges. Deploying exemplary managerial skills, acumen and extraordinary prudence by diverting resources to the most productive sectors of our economy.

” The Government was able to revive growth. Nigeria speedily exited recession and returned to the path of growth.

“The government organised virus containment measures, campaigns to sensitise the population to the devastating impacts of the pandemic and promptly provided a much needed economic stimulus.

“This proactive response protected the economy from a more severe contraction. The government should be applauded for its quick and robust actions,” the OPEC secretary general said.

He noted that when Buhari assumed office, he swore an oath to discharge his duties in the interests of Nigeria’s ‘sovereignty, integrity and solidarity’.

” I commend the President for being faithful to his oath of office, especially in the face of glaring threats to our security, ” he added.

Barkindo condemned the violent attacks on men and women in uniform and called on all compatriots to join hands to support government at all levels in promoting the cause of unity, peace and stability of our great country, Nigeria.

Meanwhile, he announced that OPEC had revised its global economic forecast up to 5.5 per cent for 2021, but with the oil demand growth forecast remaining at 6mb/d.

” It should be borne in mind that the majority of this demand is back-loaded to the second half of 2021. A backward action structure remains in all major crude oil benchmarks.

” Additionally, we saw a draw of 6.9 mb month-on-month in OECD commercial oil stock inventories in April. This is 160 mb lower than the same time one year ago and 34 mb above the 2015-2019 average.

We expect to see further draws in the months ahead,” he added.